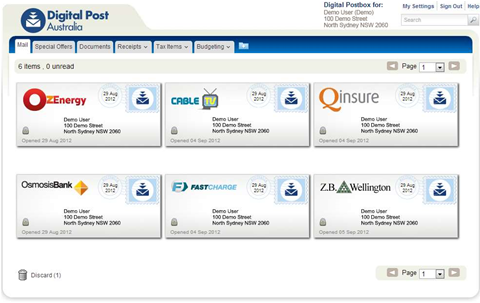 Australia Post rival Digital Post has committed to launching its Digital Postbox service in February 2013, after a private testing phase that kicked off on August 20.

The rival services have been racing for what analysts have forecast to be a $138 million digital mail market, wooing banks, utilities and share registries as launch partners.

But joint parent company Computershare told investors last week that the service would launch in February, with a public "soft launch" slated for this month.

"The service is quite ready to go from a technical perspective," Dean told iTnews.

"Our marketing activities and plans are confidential for competitive reasons but as you would be aware, the holiday season makes it difficult to get the attention of consumers, which is playing a role in the timing."

The registration page has since been restored but Australia Post has declined to provide screenshots or access to the service so far.