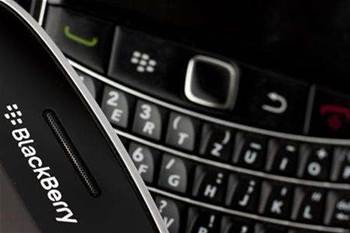 Is it enough to arrest slide in government market?

Research In Motion has won much-coveted US government security clearance for its BlackBerry 10 devices which are due to hit store shelves in the first quarter of 2013.

The company said the new enterprise management platform has received certification that would allow government agencies to deploy the new smartphones as soon as they are launched.

But RIM must still convince the agencies to stick with its security-focused smartphones and deploy the new BB10 devices, which will come in keyboard and touchscreen models.

Some agencies are already looking at alternative providers, eroding a market that RIM has dominated for years.

RIM pioneered mobile devices for email, but its fortunes faded as rivals like Apple and Samsung came up with faster, fancier devices.

RIM's stock and market share have slumped, and its fate is tied to the success of the new BB10 (BlackBerry 10) devices.

RIM, based in Waterloo, Ontario, said it was the first time a BlackBerry product had won Federal Information Processing Standard (FIPS) 140-2 certification ahead of launch.

Last month, RIM said it had begun carrier tests on the BB10 devices, which the company hopes will help it regain some of the market share it has lost to Apple's iPhone and devices that run on Google's Android operating system.

FIPS certification, from the National Institute of Standards and Technology, is one of the minimum criteria for products used by US government agencies and regulated industries that collect, store, transfer, share and disseminate sensitive information.

The stamp of approval gives confidence that data on smartphones running BB10 can be properly secured and encrypted.

"I think this was a prerequisite for the new platform," said Atlantic Equities analyst James Cordwell.

"Although government agencies are exploring other options, there's still a significant installed base of enterprises that use BlackBerry."

The certification provides a bit of a boost to RIM after the US Immigration and Customs Enforcement agency said last month it would end its contract with the BlackBerry maker and instead buy iPhones for more than 17,000 employees.

The Pentagon recently said it will continue to support "large numbers" of BlackBerry phones, even as it moves forward with plans to allow the US military to use iPhones and other devices.

RIM says BB10 will be much smoother and faster than its existing devices and can manage corporate and personal data separately.

The company has been showcasing the new phones to developers at BlackBerry Jam sessions around the globe, seeking a critical mass of apps for its new devices to succeed.

The devices have been well received by the developer community, but financial analysts have mixed views on their likely reception in an ultra-competitive market.

Pacific Crest analyst James Faucette warned earlier this week that BlackBerry 10 is likely to be DOA — dead on arrival — with an operating system that gets "a lukewarm response at best," due to the unfamiliar user interface and a shortage of apps.

"We believe the company has significantly improved its ability to attract developers to build apps for the BB10 ecosystem," Leung said.