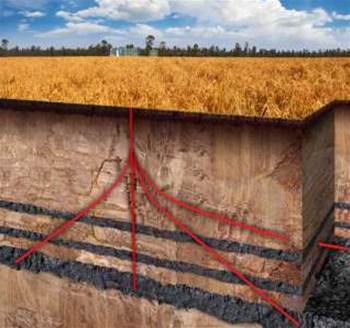 Plant, drill rigs to be computer-controlled from Brisbane.

Arrow Energy will open a real time monitoring and control centre in Brisbane next year to manage a fleet of high-tech drill rigs and other "essentially unmanned" assets operating under its LNG Project.

The centre is to be housed at One One One Eagle Street, where Arrow will consolidate its existing presence in four separate Brisbane buildings to ten floors of the new riverfront office block. The move is set to occur at the beginning of next year.

LNG/Integration vice president Hilary Mercer told iTnews that space had been set aside for the monitoring and control facility, and that computer hardware was being put in place to underpin the centre's operation.

The centre would be used to control assets such as automated compressor stations associated with the feed gas transmission pipeline (pdf) and four drill rigs being manufactured specifically for the project.

Automated plant and rigs would still require some operators and maintenance personnel onsite.

"In terms of the facilities our proposal is to go for what we call 'essentially unmanned'," Mercer said.

"So, for example, our compression facilities will be designed to be completely automated so that they can be operated from [the] control room in Brisbane.

"It doesn't mean to say that there won' t be people there, but in principle the operation is done from the control centre."

Likewise, the automated drill rigs would still be manned.

"[The onsite operator's] there to make sure that if he needs to take control of a rig he does, but essentially you have almost like an autopilot which directs the rig and gives you much greater accuracy than manual drilling," Mercer said.

The real-time monitoring and control centre would not look after systems at the liquefied natural gas (LNG) plant on Curtis Island, off Gladstone.

"The LNG plant will have a central control room [onsite] because it's a relatively complex plant compared to the compression stations," Mercer said.

Drilling down into data

Arrow Energy placed a $135 million order for the remote-controlled drill rigs in August via Sirius Well Manufacturing Services, a joint venture that is part-owned by Royal Dutch Shell, which also happens to be one of Arrow's parent companies. (pdf)

The first of the computer-controlled rigs will be delivered to Arrow Energy next year. The rigs are to be fitted with remote sensors and satellite communication systems to relay data to and from the drill sites.

Data on "what's happening underneath the ground" will be fed back to Brisbane, where it can be aggregated with data fed in from other rigs on the project, and used to shape future drill plans and "really start to understand more about the conditions through which we're drilling".

"The most important thing for us about drilling is that we need to turn it into a manufacturing process," she said.

"The 6000th well has to cost less than the first well [to drill]. We have to make a continuous improvement.

"So all of this monitoring and data gathering is primarily to understand what's happening in our 'manufacturing process' and then to improve that process via a whole series of very active feedback loops."

"What I've tried to look at is how we've used technology to try and reduce our non-technical risks."

These include by enabling pad drilling (pdf), a technique that reduces "overall land take and interference within the farming envelope" by removing the need to space wells out over a swathe of land.

"If they were easy to do and didn't need technology, they'd have been [tapped] many many years ago," she said.