Cold start for Windows 8 in the enterprise 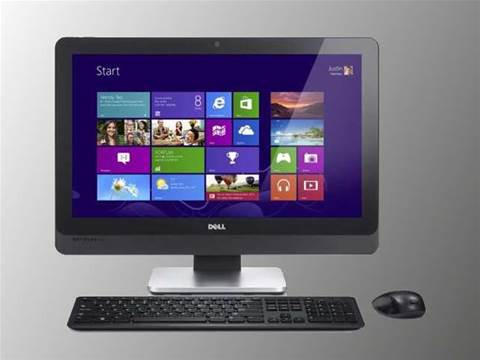 More than three million people tested the operating system between its unveiling in June last year and today's retail launch.

Microsoft Australia attempted to provide a sweetener to spur consumer migration to Windows 8, announcing XP, Vista or Windows 7 users qualified for a downloadable version of Windows 8 Pro for $39.99.

But research firm IBRS has forecast "dreadful" uptake by Australian enterprises, following a series of workshops and an ongoing survey involving about 280 executives in total.

"It's pretty clear that Windows 8 is aimed at the tablet/consumer/ultrabook market – it's not being pushed heavily [at the enterprise]," IBRS analyst Joe Sweeney told iTnews.

"There aren't a lot of new enterprise features in the new OS to make it compelling.

"In the initial launch phase, enterprise migration is going to be dreadful.

"At least 87 percent of organisations we spoke to are saying they're not moving to Windows 8 on the desktop. So the take-up rates are going to be extremely slow."

Sweeney said the risk factor associated with Windows 8's unproven user interface was one of the key stumbling blocks hampering acceptance in the enterprise; particularly when Windows 7 already had most of the features they required.

"For IT departments, user acceptance risk is huge," he said. "If they do something and the users don't like it, guess whose job is on the line?

"So they're going to go for the lowest risk environment and that's Windows 7. Most people are familiar with Windows 7 now and they quite like it."

Evans expected a "cold start" for Windows 8 in Australian enterprises, which tended to be more familiar with Windows XP, Vista and 7 interfaces.

"[The] start button has gone; all the basic functions have changed," he said, noting that migrating from Windows XP to Windows 7 would be easier than to Windows 8.

According to Microsoft's own reports, about 60 percent of Australian businesses are still on Windows XP, although Sweeney places the figure at "around 55-50 percent" based on IBRS research.

Sweeney said he personally felt that Windows 8's "catch all' approach to tablets, laptops and desktops was fundamentally flawed; a design principle he classed as Microsoft's "killer mistake".

"I think their tile-based operating system for Windows Phone is fantastic – it's really innovative and works well in your hand," he said, referring to the mobile version of the operating system, which will formally launch early next week.

"But trying to get the same thing working on the desktop is ludicrous. It's like giving a hammer to a brain surgeon and a plumber and asking them to do their jobs. It's two completely different work contexts.

"What Microsoft was doing in the past was taking the desktop experience and trying to put it on a mobile device.

"Now they're taking a good mobile experience and trying to port it to the PC. It's the same miss again, just in reverse ... They've been making this mistake for over a decade."

According to IBRS' research, most organisations planning to upgrade to Windows 8 fell into the government, finance and security sectors, along with businesses looking to mobilise their workforce.

ING Direct, Red Cross, corporate advisory firm McGrathNichol and technology integrator Data#3 have told iTnews of plans to adopt Windows 8 on the desktop during the past year.

Of those, ING, McGrathNichol and Data#3 also hoped to roll out Windows Phone 8 devices.

Sweeney said organisations that sought to deploy the new operating system across their desktop and mobile fleets tended to be those that needed "high levels of control over their mobile devices".

"They want a lot of intellectual property protection on that device," he said. "Windows 8 has a lot of that [control] built in so it's much easier for the IT departments to manage."

However, Sweeney said any attempt to "ubiquitously manage" a mobile work envionment through Microsoft was destined to fail.

"The IT departments think this will enable them to control the sprawl of tablets – which is a false assumption," he said. "People will use what they want to use.

"Whenever IT has tried to dictate the user experience from a viewpoint of IT control, users have just worked around it."

Despite these bleak findings, Sweeney said the sluggish take-up rate of Windows 8 in the enterprise was "not necessarily a bad thing" for Microsoft.

"Microsoft will mainly be focusing on moving business customers off XP to a more modern operating system – whether that be Windows 7 or Windows 8 doesn't really matter."