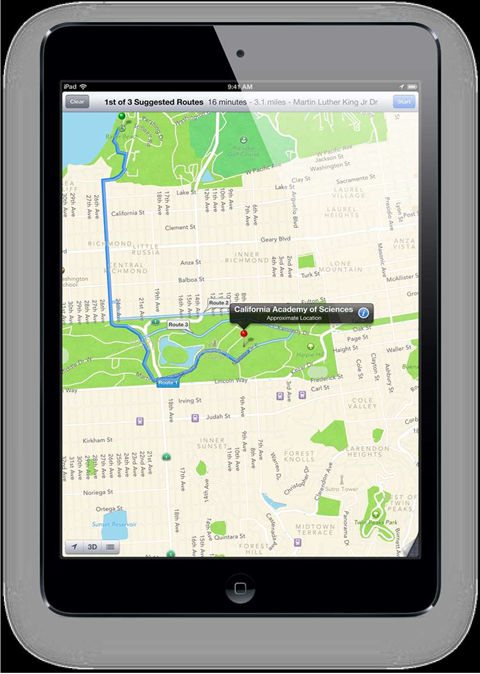 Apple has unveiled a 7.9 inch iPad boasting a ten hour battery life, and capable of running all existing iPad applications.

Local pricing for the iPad mini starts at $369 for the 16GB wi-fi version, and tops out at $729 for the 64GB LTE version. Wi-fi equipped versions begin shipping on November 2.

The new device comes in both black and white, with a similar body finish to the recently released iPhone5.

The company also announced a fourth generation “big” iPad, with a faster processor, and the company’s new Lightning connector.