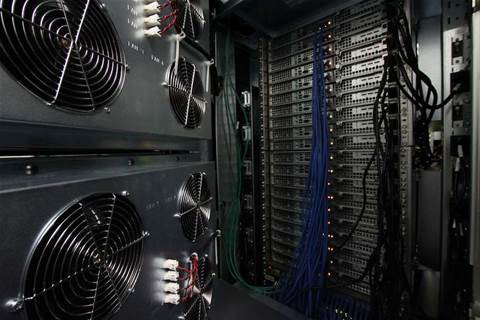 An Australian IT service provider serving the global oil and gas industry has threatened to move its data centre from Perth to Malaysia in response to the Carbon Tax.

The operating costs of DownUnder Geosolutions (Dugeo) - which offers supercomputing bureau services and a range of software solutions to the oil and gas industry - rose 10 percent as a direct result of Australia’s carbon tax.

The company operates a supercomputer with 25,000 CPUs and five petabytes of storage, which is used predominantly by small and mid-cap oil and gas firms to crunch seismic data to make more informed decisions on where to drill, using a process called ‘seismic migration’.

The cost of gaining approval and building a marine oil rig - often between $50 million and $200 million - has ensured high demand for such technology services during Australia's resources boom.

Dugeo now faces a dilemma, however, as it adopts 'reverse time migration', which requires twice the compute capacity and an upgrade to GPUs before the end of 2012.

Doubling the supercomputing capacity at its Perth data centre would have a major impact on the company’s power bill.

"But our competitors are up in Asia. They aren’t paying that extra ten percent.

“We are looking at sending computers to Malaysia,” he said.

But moving to Malaysia's MMSC (multimedia super corridor) in Cyberjaya — where competitors run their clusters — could give the company an eight-year tax reprieve, redundant (2x) power feeds and fat and cheap internet connections, Dr Lamont said.

“That’s the carbon tax for you,” he said.

Dr Lamont conceded that it took him a long time to find the company’s present CTO Stuart Midgley (a former ANU and iVEC engineer), and two years for another recent addition to the supercomputing team.

“Probably a quarter of employees are PhDs in physics or geophysics or maths,” he said. “It's multi disciplinary and also requires skills around 3D Visualisation.

"It’s a challenge keeping big computers running here. Up [in Asia] it’s even more of a challenge.

“Everything here [in Perth] is good for us, the only downside is the cost of power. It’s purely the power.”

Dugeo has looked into using co-lo data centres, but none of the providers are interested in 30KW racks. Cloud services like Amazon, meanwhile, have high data transfer charges and hard data storage limits.

"We tried hard to find a bureau service," Dr Lamont says. "The last thing we need is to own machines. But you just can’t do it. You just can’t afford them - the price point of bureaus is crazy.

"I remember getting a quote from a mob that offered a 440 CPU cluster, and we calculated that we could hire that for two months or buy and install our own."

Read on to find out where DownUnder GeoSolutions has invested to protect the business...

Part of Dr Lamont’s challenge is that large multinational service providers such as Schlumberger (French), Fugro (Dutch), CCG Veritas (French) and Ion (US) have slowly bought up Dugeo's competitors and built their own supercomputers.

“In services, there is good profit margin, but we work really hard for our money,” he said.

The company has responded by using its industry niche to develop software specific to the oil and gas industry.

Dugeo’s 24 R&D staff are now split between supercomputing services and 3D visualisation software, and the company has opened sales and support offices beyond Perth in Kuala Lumpur, Jakarta, Singapore, Houston, Brisbane and London.

“Software will survive beautifully through a downturn,” Dr Lamont said. “Every month money rolls in. We’ve got a lot of competitors, [but] our software is moving into a more data rich area [pre-stacked data] that the others hadn’t thought to earlier.”

The total market opportunity for this software worldwide is between 50,000 and 80,000 seats, he said.

“We see a big opportunity to sell software in all corners of the world."