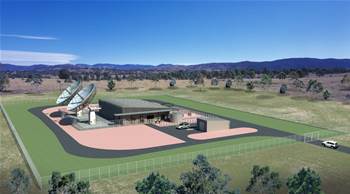 NBN Co has chosen Roma in Queensland as the location of the eighth of ten ground stations for its forthcoming satellite broadband service.

The network operator plans to build two 13.5-metre satellite dishes and a single-storey building at a site about four kilometres east of Roma.

The plans are still subject to local development approvals.

"It has the ideal climate and is close to reliable power and other infrastructure including the NBN's core fibre transit network".

NBN Co estimated that, if approved, the project would create between 20 and 30 construction jobs for the town, which has a population that is a shade under 8000 residents.

The firm's long-term satellite service - for which the ground stations are being constructed - is expected to begin operations in 2015.

Other facilities are to be located at Wolumla and Bourke in NSW, Ceduna in South Australia, and Geeveston in Tasmania.