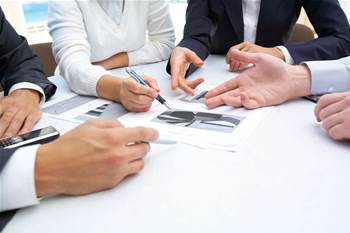 Will an industry code eventuate?

The formal negotiations have effectively stalled after more than 12 months of discussions between ISPs, rights holders and consumer groups, which have been mediated by the Attorney-General's Department, according to those involved.

Started in September last year, the talks have so far failed to produce an agreed outcome over what a copyright notice scheme would look like or who would pay for the costs involved in sending users infringement notices.

A proposal put forward by ISP body Communications Alliance — issued before High Court hearings began last year between iiNet and film studios — suggested an 18-month manual trial in which ISPs would forward on independently audited notices from rights holders to determine whether the situation has been effective.

Similar systems have been established in New Zealand and France, with varying effect.

The internet industry also formulated a draft code of conduct that would be used to facilitate a middle-ground between ISPs and rights holders.

But it was never accepted by rights holders over concerns the punitive actions focused on a "whack-a-mole" method for individuals rather than encouraging changes in consumer behaviour.

Costs remained the most significant issue in the discussions.

"I think that the deadlock is going to be very hard to break," said Patrick Fair, Internet Industry Australia deputy chair and partner at Baker & Mackenzie.

Despite the discussions, Australia has since seen the introduction of new legitimate services like Spotify and the reintroduction of Pandora for streaming music while television broadcasters have increasingly moved to 'fast track' US shows for Australian viewers.

BitTorrent use in Australia has also seen a slight drop in recent years.

Neil Gane, managing director of film studios group AFACT, told attendees of the Australian Internet Governance Forum this week that the intervening years since its legal assault on iiNet began in 2008 had seen both sides attempt to monetise content.

As a result, participants suggested the discussions could simply become less relevant.

"Somebody has to give ground, somebody has to decide that they're going to pay and possibly the whole issue will lapse because ... the ground has shifted substantially in terms of how material is being provided," Fair said.

Fair noted a change in tact by ISPs following the High Court decision in April, which found iiNet was not held responsible for copyright infringement by its users.

He said that despite attempts by ISPs to settle the four-year legal battle between iiNet and film studios before the High Court hearings began late last year, the ultimate win for the Perth-based company meant ISPs were more confident in their discussions over their role in such a scheme.

"When the case came out the way it did they decided it was a win, and really, unless the copyright owners wished to pay for the process of putting these notices out then we were in complete deadlock," he said.

Rights holders have moved away from demanding the ability to disconnect users from the internet after several warnings and, according to Music Rights Australia head Vanessa Hutley, hoped to use the ISPs as a mediator for copyright infringement notices in an attempt to protect user privacy.

Gane's comments to the forum this week also suggested an increasing covergence of views between different rights groups headed by himself and Hutley over their demands for a scheme to deal with online piracy.

But Communications Alliance chief executive John Stanton this week criticised rights holders for not working quickly enough to resolve the ongoing dispute, accusing them of not wanting to "create a global precedent by doing something reasonable in Australia that they feel might prejudice [their] interests elsewhere".

"An industry-based scheme would provide an effective deterrent to online copyright infringement; a problem that the rights holders say is costing them between $2.5-3 million a day in lost revenue in Australia alone," he said.

"There ought to be pretty strong incentive to fix this problem. If there was one issue that was costing my industry $3 million a day, you can bet your boots that Telstra, Optus, and VHA would be lining up daily at my door to set my pants on fire until I got it sorted."