Bureau of Statistics retains Notes in IT transformation 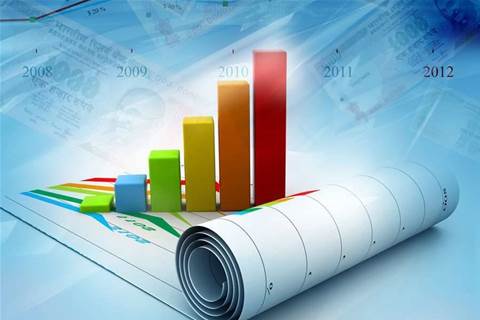 The Australian Bureau of Statistics (ABS) has committed itself to its IBM Lotus platform as it pushes forward with its seven-year transformation program to 2017.

The so-called ABS 2017 program (pdf) aimed to update statistical business processes and information management infrastructure, some of which had been in place since the 1970s.

It aimed to reduce the cost of doing business and “industrialise” ABS processes, including rationalising disparate survey systems and some 400 applications, many of which rely on Notes and associated software products.

ABS may be the last major federal agency to retain Notes as central to its applications development but chief information officer Patrick Hadley described the platform as a strong ally in the department’s transformation quest.

“We have Notes programming skills in our team. They are very smart and very technologically literate,” he said. “We are a happy Notes camper.”

It added IBM's enterprise social computing platform, Connections, to its portfolio in 2008 with extended Knowledge Management functions now supported across Connections and Notes/Domino.

The IBM suite integrates with ABS' core statistical and support business functions, and can be deployed remotely by staff in mobile computing.

Last year, the ABS issued a request for tender seeking a secure email system that would be compatible with its Lotus Notes/Domino applications and other systems and infrastructure.

“A lot of people are hooked on the Microsoft office suite. But then what does that do for your collaboration, knowledge management and records management?” Hadley said.

“We’d only be trying to make SharePoint do what we can already do with the Notes platform.”

Hadley likened his transformation task to upgrading an aircraft engine while the plane was inflight.

“There is a real tension there and it means we have to manage risks effectively across ongoing programs and dedicate our efforts across enterprise solutions,” he told iTnews.

The ABS’ 500 IT applications and services staff were previously distributed into individual systems and survey teams, with a separate team providing technical support and development.

The new enterprise approach called for “a change in mindset and culture through to different tools, test centres, competencies, methodologies and so on”, Hadley said.

Hadley said he loved his experience with the Human Services' merger but found it became more difficult to provide the focus that would match the promise with the implementation.

“There’s no shortage of good ideas but sometimes too little attention is paid to the capability to execute the change,” he said.

Hadley said change management was a greater challenge in large organisations, which tended to have silos that needed to be managed and gradually reduced.

He noted that ICT needed to be regarded as a valued business partner and not a backroom “order taker”.

“It’s crucial you have strength in depth,” he said, highlighting plans to tap the bureau’s strong systems integration capabilities as the organisation evolved.

“We face a major challenge in building a bridge from where we are today to where we aspire to be".

Earlier this year, the bureau established an ABS 2017 Group to change how it collected, collated, processed, managed, used, reused and disseminated statistical information.

The bureau aimed to deliver a "digital census" by 2016, collecting information from 60 percent of Australian households through its web-based eCensus and deploying tablet devices to its field workers.

Hadley said the bureau had recently trialled tablets for data collection from 10,000 households in Canberra, and planned to run a major test in 2014.

“If this works out, it will reduce the cost of doing ABS business,” he said. “The more we move to a digital type survey, the more opportunities [emerge] to reduce costs.

“[But] everything depends on funding,” he noted.

“These initiatives will also assist us to keep pace with society's expectations for a relevant and responsive ABS as well as to meet whole-of-government requirements for electronic reporting,” Hadley said.

Disseminate@ABS targets the release of survey data, offering “content agnostic” statistics for multidimensional aggregate or macro statistics and the ability to have microdata “confidentialised on-the-fly”.

Earlier this year, iTnews reported that ABS’ home page scored poorly on WCAG 2.0 testing, recording some 43 errors on its home page, which is underpinned by Domino.

Hadley said he was confident ABS will make significant progress but stopped short of promising ABS would meet its December 31 deadline for meeting the WCAG 2.0 A standard.