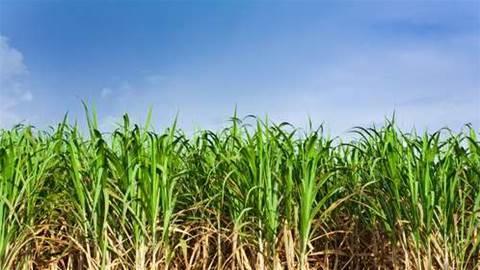 Queensland Sugar Limited is planning to move onto a new storage area network by the end of the year, a rare undertaking during the peak cane crushing season.

The not-for-profit manages 90 percent of Australia's raw sugar exports from its Brisbane head office and six bulk terminals between Bundaberg and Cairns.

Crushing season typically lasts from May to November and involves transporting sugar cane from the plantations to sugar mills, typically by rail.

ICT manager Salvo Spina told iTnews that the crushing season this year could run into mid-December, and was typically a period where high system availability was expected, and few major IT projects were undertaken.

"We're in the middle of the sugar season and we really need to have 24-hour operations," Spina said.

"Even switching things off on the weekend is too much of an interruption."

Spina said that the non-crushing season was typically "a good time to do the higher risk [ICT] work" required on QSL's systems.

But 2012 is somewhat of an anomaly, as the company is planning to move its primary IT storage environment off two existing IBM SANs — a TotalStorage DS4300 and DS3400 — to an IBM Storwize V7000.

"Normally, if this was three years ago, and we were putting in the earlier IBM DS3400 SAN, I would have done this in the off-season," Spina said.

"It's probably a rarity that I would do hardware changes like this during the crushing season. But I'm pretty certain it's going to go well, and we have plenty of backups in place."

The V7000 is expected to go live in December. It is currently undergoing quality assurance at the hands of IBM partner, NewBase Computer Services.

The storage upgrade was driven by data growth, the approaching end-of-life of storage components in the older DS4300, and by Spina's desire to overcome performance bottlenecks in the existing environment.

"I was very happy with the [existing SAN] product but the performance that we were getting in our system was starting to degrade a bit, because there was just that much more going on," he said.

"The data is getting richer and therefore there's that much more of it."

Spina said that large Excel spreadsheets were "one of the biggest loads on the system". Making access to those spreadsheets more responsive could help users make faster calculations and effectively "get more work done".

He said that the upgraded storage area network would be populated with a mix of SSD, near-line storage and SAS drives, and that the system was capable of automatic tiering of organisational data.

"If it holds [true] then we've got quite a few years of capacity we can scale up to," he said.

Data migration to the V7000 would occur slowly but while the existing SANs remained active — an attractive proposition for Spina during the peak crushing season.

The company planned to reuse the older SANs elsewhere.

"We actually considered at first that the V7000 has the ability to virtualise other storage units behind [it], and manages them without you having to really get into the individual SANs, but we thought we might just start afresh and get all new storage," Spina said.

QSL also plans to also bring online a new 8 Gbps fibre channel switch as part of "switching changes to maximise the benefit" of the V7000.

Once QSL's data was on the V7000, the company planned to explore business intelligence technologies to enable its users to take advantage of its data stores.

The company has about 165 users spread across its seven sites statewide. The IT architecture is based on thin clients, with access to computing systems served up via a Citrix XenApp 6.5 environment.

The main application is a custom piece of software that deals with the logistics, marketing and financial aspects of sugar sales.

Users also have access to Exchange/Outlook and the Office suite of products. QSL's general ledger is run through an Epicor system.

Spina said the company had recently virtualised its IBM xSeries server environment using VMware, though he flagged a future look at Microsoft's Hyper-V.

Head office and the bulk terminals are connected by a Telstra fibre-based wide area network.