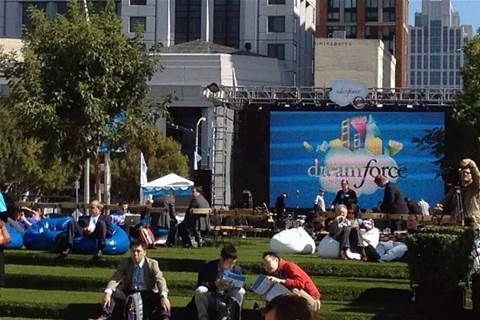 The National Australia Bank has deployed Salesforce.com’s enterprise social platform in its wholesale and business banking divisions, in a bid to improve information access and collaboration.

The bank introduced the Chatter platform to 1300 staff on July 16, under a project led by asset manager Dean Puhalovich.

In a presentation to Salesforce.com’s Dreamforce 2012 conference, Puhalovich said the rollout was intended to improve collaboration and sales, while reducing reliance on email.

He explained that the rollout was aligned to NAB’s customer relationship management strategy but did not disclose details.

The rollout was supported by a wholesale business executive and approved by NAB’s risk, security and group architecture divisions following a formal risk and security assessment.

“Being in Australia and being a bank, [we’re] a little bit conservative, so we just went, ‘Here you go’. We didn’t want to shove it in anyone’s face,” Puhalovich said of the launch.

“The activity that we’ve seen since go-live has been quite impressive,” he said, noting that there had been 150 requests to join the network from NAB staff outside of the target user base.

Puhalovich acknowledged that data sovereignty was an initial concern, as was the risk of having former employees access Chatter on their personal mobile devices after leaving the company.

He addressed the latter by applying NAB’s existing single sign-on system to 80 percent of Chatter users.

“The actual culture of the company changed,” Puhalovich said. “That’s the ROI [return on investment] for me – seeing behaviours change and working together.

“We get measured on our behaviours at our organisation,” he explained.

According to Andrew Murrell, digital and social marketing general manager of the Commonwealth Bank of Australia, the return-on-investment of adopting social and mobile technology was that “if you’re not, you might not be in business in five years’ time”.

Earlier this year, the CommBank deployed Chatter to its 38,000 staff. It had been using Yammer previously.

Murrell told the conference that the bank was rolling out social media training to those 38,000 workers via an online learning module and compulsory annual exam.

“Historically, we work in very siloed organisations, whether on product lines or in different parts of the country,” he said of financial services firms.

“We need to become more collaborative and more communicative internally, as well as [listening to] the customer, the CEO, seeing what competitors are doing.”