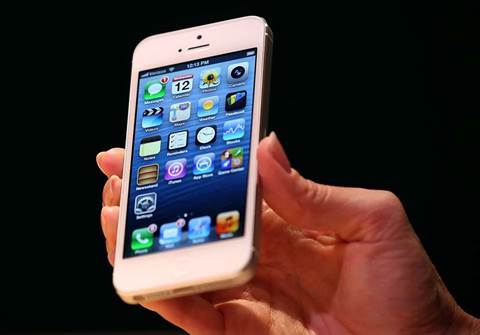 Despite a lukewarm reception by industry pundits, the iPhone 5 is shaping up to be the most succesful of its kind for Apple.

The Cupertino company said it had received more than two million pre-orders in the first 24 hours for the iPhone 5, doubling a previous record set for iPhone 4S orders.

According to the Los Angeles Times, the first iPhone 5s are in transit from Apple's subcontractor Foxconn in China, and expected to arrive in the United States this Friday, Pacific Time.

Queues are already forming outside Apple stores in the US, as the company's faithful congregate four days ahead of one of the largest consumer rituals in modern history, in the hope of buying an iPhone 5 before it sells out.

Some carriers have claimed their pre-order stocks have sold out, though pre-orders are still available directly from Apple's online store.

Further details on the A6 processor used in the sixth-generation smartphone have also emerged. Benchmark results uploaded to Primate Labs' Geekbench showed an iPhone 5 scoring a total of 1601, well above the iPhone 4S, which reaches 629 on average, and 766 for the third-generation iPad.

Apple has not verified whether the results are genuine.

The iPhone is faster than its Android-based competition too in Geekbench, besting devices from Asus, Samsung and HTC by a small margin.

Geekbench reveals that the Apple-designed A6 processor in the iPhone 5 is based on ARMv7 architecture with two cores, running at 1.02GHz and one gigabyte of RAM. This compares to four-core ARM designs from NVIDIA and Qualcomm used in Android handsets, running at speeds of 1.2GHz to 1.5GHz.

Edit: This article previously claimed that pre-orders for the iPhone 5 were no longer available. This has been corrected.