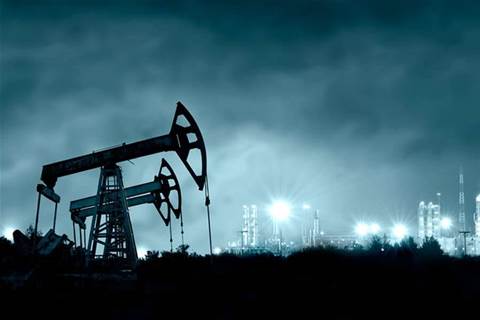 Western Australian engineering firm Calibre Global has spent the past year rebuilding its IT team and strategy to address a cultural rift between the business and IT.

The restructure was led by Jason Cowie, who joined Calibre as the company's first chief information officer in August 2011.

At the time, Calibre’s IT team was regarded as a “police department” that made “everything … a lot harder than it needed to be”, Cowie recalled.

“We deliberately called it ‘services’ because we wanted to show a new way,” he told the Forrester CIO Summit last week.

“We had a massive growth in staff to about 2100 staff but our IT team hadn’t gotten its head around an enterprise IT culture … their logic was, ‘we’re like a company of 50 people’.”

The new model, established in December, called for more communication between technologists and business people when designing IT strategies and implementing change.

Technology executives were asked to travel to one of Calibre’s offices in Perth, Melbourne, Brisbane, London or Mongolia each month to perform a “health check” to identify any pain points and opportunities.

Each technology project was led by a business head and a technology head, with Cowie noting that project proposals tended to be more attractive to the board if they had business support.

“Just before Christmas Eve, we gave everyone a brand new position description with QA and KPI targets,” he said.

“We basically said: ‘Look, take this over the Christmas break, read this; my phone’s on for the whole three weeks if you want to ask any questions. When you come back, you are either on board with this, or … we will help you transition out.’”

Calibre lost a handful of IT staff during the overhaul, with the team dropping in size from almost 40 to about 30 currently.

Cowie said Calibre Information Services addressed 94 percent of helpdesk calls within the SLA target of 24 hours, compared to 20 percent a year ago.

“We all know that IT can be a thankless job,” Cowie told the conference.

“You don’t get thanked for keeping the lights on; you will only get thanked by the business when you roll out new technologies, new ideas.

“On the vice versa, the minute something goes down, the business will hear about it and you’ll be public enemy number one.”

Business as a service

With Calibre’s core IT team bedded down, Cowie planned to grow the team through new hires, as well as vendor partnerships.

The organisation recently endorsed a new “vendor partnering model”, which would replace a range of client-supplier relationships with tier-one partners including HP, Oracle, Microsoft and Telstra.

The model — which included a 15-part “Calibre Cloud Vision” — would allow IT services to be priced on a per-user basis, and allow the organisation to scale up and down in accordance with its project load.

“That logic of business as a service is moving all our core components into either a managed environment or a cloud environment with a vendor and getting it fee-per-user, or fee-per-SLA,” Cowie explained.

Cowie declined to disclose when the Calibre Cloud Vision and business-as-a-service model would be established, with the former still in development.

Calibre was also consolidating about 30 enterprise resource planning (ERP) applications into a single Oracle platform under an “eOne project”.

The project, currently in its initial design phase, was expected to include Oracle’s E-Business, Hyperion and Primavera products.