Cutting cybercrime is a question of smart design 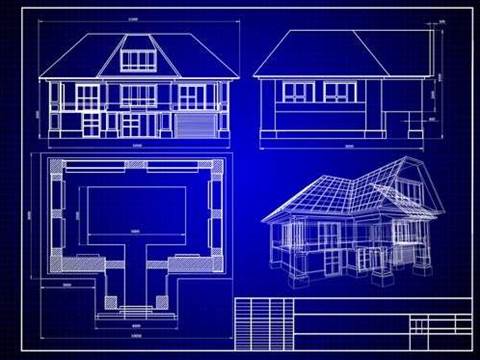 Is it possible to 'design out' online crime?

Back in 1989, the Australian Institute of Criminology released a report containing advice for home-owners and builders to manipulate the design and surrounds of their dwellings.

By doing so, they were told they could minimise their chances of becoming a victim of crime, particularly property crime. Efforts were made to improve lighting, to cut hedges and to avoid creating places where criminals could hide when break-and-entering a house.

These are examples of the Crime Prevention Through Environmental Design (CPTED) concept in action. But as more and more citizens spend their time online, it’s worth taking the CPTED concept into the internet environment to “target-harden” users and design out online crime.

Much has been made of the ease with which it’s possible to commit crimes online, including bullying, identity theft, intellectual property theft and phishing scams. And as technology has developed, so too has the crime enabled by such technology.

Moving CPTED into the online realm requires taking principles from the real world and applying them to the internet environment. Take online shopping as an example.

Online shopping sites need to replicate this active and passive safety concept. This can be achieved through website design, product placement and navigation, combined with buyer and seller feedback schemes.

E-commerce has changed the way consumers shop and also presented new opportunities to criminals. Chief among these is the theft of personal information and credit card data, both of which can be monetised.

This is distinct from offender behaviour in the case of offline shopping, where criminals are focused on stealing tangible items rather than information.

Unlike physical products, information is changeable, constantly moving, comes in many varieties and is of differing value depending upon its completeness and what corroborates it.

E-commerce website design needs to take into considerationNational Privacy Principals (NPP) and reduce the chance of personal information falling into the wrong hands.

For example, NPP 4 focuses on Data Security and requires for an organisation to “take reasonable steps to protect the personal information it holds from misuse and loss and from unauthorised access, modification or disclosure”.

Just like the safe navigation of the real-world built environment, it’s important to give internet users safe choices about where to go and how to anticipate and respond to problems, such as reporting issues to the police.

There are a range of government and non-government websiteswith online safety tips for consumers. But the messages need significant amplification to get the attention and action of the everyday user.

Websites, associated portals and social networking sites need to be built to encourage legitimate use by lots of users. They need to allow casual online users to see into those sites with low barriers of visual entry to determine what is going on. To avoid “hidden” places and to encourage users who see something happening to others to be able to care and to act.

Such examples include internet dating sites (where vulnerable users are prone to being groomed) and myriad “daily deals” websites.

There is, of course, the need to find a balance between privacy and security. A social networking or e-commerce website needs to allow privacy around personal conversations and the transfer of personally identifying data within a transaction.

But they also need mechanisms whereby system administrators can monitor security and website vulnerabilities. Additionally, fellow website users need to be “visible” to act as a deterrent to reduce bad user experience, including trolling, and prevent crime from occurring – just as in the real world.

Crime prevention has often focused on alleviating the social problems that are thought to encourage crime, rather than reducing the opportunities for criminals to commit crimes. This has often led the police to focus crime prevention efforts in less affluent, more vulnerable areas.

This strategy can be mirrored in the online environment, by targeting sites popular with a demographic that may be identified as being susceptible to scams.

For instance, blogging sites and portals created for certain products or experiences, such as themed social networking sites, that are known to be visited by older or perhaps disadvantaged persons who are not fully aware of online safety principles.

Reducing opportunities for online criminals is also critical. Social sharing networks should develop online neighbourhoods which are designed and developed to promote surveillance of the public realm and community ownership of all users’ security.

Internet sites should empower and leverage assistance from bystander users to help spot and prevent antisocial behaviour on websites. Such users could assess an individual and their motivations by thier actions and be given tools and techniques to assume responsibility and have the confidence to act.

In a drive for monetisation, such concepts are rarely considered during the website design phase.

Websites and social networking sites must also be designed to be defensible. This includes safeguarding personal data, having appropriate intrusion detection, authenticating identity and conducting penetration testing, all the while creating neighbourhood features.

Such features would make it harder for criminals to operate and make them move to another, more susceptible (online) environment.

CPTED can improve the online environment. Just as in the real world, designing out online crime can be achieved by increasing the effort required to commit a crime.

This can be done through a combination of smart security technologies, high-visibility policing, reducing the rewards for criminals and, ultimately, through better education about the dangers of the online environment.