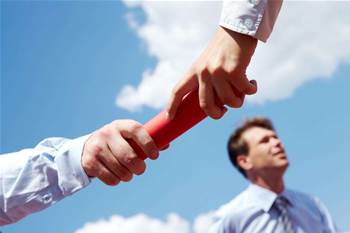 Twitter must hand over the tweets of an Occupy Wall Street protester to Manhattan prosecutors by Friday or face civil contempt and a hefty fine, a New York City judge said on Tuesday.

Manhattan Criminal Court Judge Matthew Sciarrino told a lawyer for Twitter that the San Francisco-based social media company had had 73 days to comply with his June 30 ruling ordering it to produce nearly three months' worth of tweets from Malcolm Harris.

The Occupy member was arrested during a mass march across the Brooklyn Bridge last October.

"You have until Friday to cure any potential contempt," Sciarrino told Terryl Brown, the lawyer representing Twitter.

If the company does not comply by then, he said, he would consider Twitter's earning statements for the last two quarters in determining the appropriate fine.

The Manhattan district attorney's office is seeking the information to combat Harris' defense that police led the march onto the roadway before turning around and arresting people for disorderly conduct and impeding vehicular traffic. Lawyers for others among the hundreds arrested October 30 on the bridge have echoed that statement.

Prosecutors say the tweets, which are no longer available online, may demonstrate that Harris knew police had told protesters not to walk on the roadway.

In two separate rulings, Sciarrino has denied attempts by both Harris and Twitter to quash the prosecutors' subpoena for his tweets, based on privacy and other claims.

Brown told Sciarrino that Twitter had not provided the tweets because it had filed an appeal of his order. But Sciarrino said the appellate court had denied the company's application for a stay pending the appeal and that his order still stood.

Sciarrino gave Brown until the end of the day on Tuesday to file a brief in opposition to the contempt order sought by prosecutors, in advance of Friday's court appearance. Brown said after the hearing that she planned to do so.