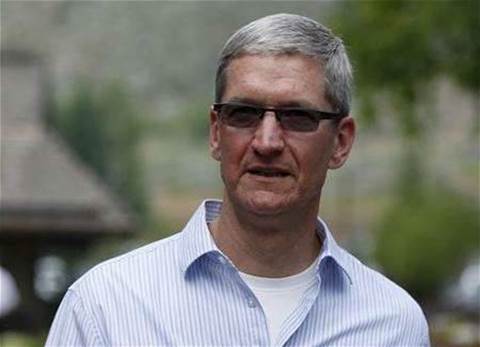 The chief executives of Apple and Samsung have talked but did not settle the high stakes patent dispute between the two electronics companies, a Samsung attorney said in court on Monday.

US District Judge Lucy Koh had requested that the two talk on the phone at least once more before the jury begins deliberating this week.

Apple and Samsung are going toe-to-toe in a patents dispute that mirrors the struggle for industry supremacy between the two rivals that control more than half of worldwide smartphone sales.

Closing arguments are scheduled for Tuesday. In court on Monday, Samsung attorney Kevin Johnson told Koh nothing had come from the talk.

"We will see you tomorrow," Johnson said.

Closing arguments kicked off as the high stakes trial between Apple and Samsung drew towards a climax in a US Federal Court in California.

The jury will likely begin deliberating on Wednesday US time.

Apple spent four years pouring resources into developing the iconic iPhone, while Samsung couldn't keep up and eventually decided to copy its major competitor, an Apple attorney said in court.

Apple attorney Harold McElhinny urged jurors to consider the testimony of a Korean designer who said she worked day and night on Samsung's phones for three months.

"In those critical three months, Samsung was able to copy and incorporate the result of Apple's four-year investment in hard work and ingenuity — without taking any of the risks," McElhinny said.

A Samsung attorney is expected to begin his closing argument later.

The trial, which is in its fourth week, revealed details about the famously secretive maker of the iPhone and iPad, some substantive and some just colorful.

An Apple industrial designer described working around a kitchen table with his team to come up with the company's mobile products.

Its patent licensing director said Microsoft was one of the only companies it agreed to license its design patents — but only because Microsoft consented to an anti-cloning provision.