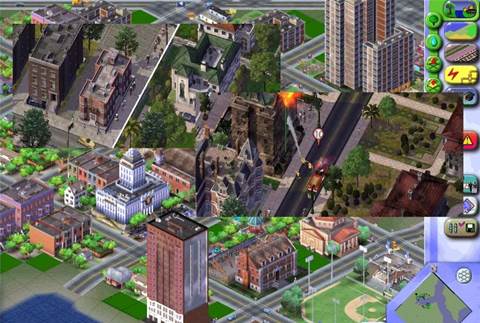 Ergon Energy is experimenting with open source gaming engines and physics models in an effort to capitalise on a massive geospatial data set from its ongoing laser-mapping project.

The Queensland utility has completed 10 percent of its year-old ROAMES project, expected to map out some 150,000km of power lines in the state by June 2013.

It aimed to collect about a petabyte of data a year by completing more than 900 regional aerial mapping runs with plane-mounted LIDAR (Light Detection and Ranging) equipment.

Data would be used to identify and target unwanted trees around its power lines and inform asset management practices.

ROAMES research director Matthew Coleman said Ergon developers – including games industry veterans from companies like THQ – were building SimCity-like graphical interfaces to allow the firm to play out what-if scenarios with the data.

"The traditional asset management systems we're used to today are moving away from tabular data sets and bringing that to a very rich, game-like environment," he told iTnews.

"They'll be more like SimCity. Utilities will be able to play out scenarios – for example, 'what if I deferred maintenance of all poles for the next five years' – and the system should be able to show us the effect of those changes."

Vegetation management was the first target for the effort, which would not only measure growth but eventually be able to simulate the movement of trees in a strong wind.

Ergon hoped to save $44 million over five years by better targeting vegetation in exclusion zones around its power lines.

"Being such a large geographic area, spatial inaccuracies can cost us significantly," Coleman said, explaining that ROAMES would not only correct inaccurate data but also offer unprecedented data about where and how Ergon’s poles and wires ran.

"If the pole inspector thinks a pole is on one side of a creek and it's actually on the other, they may have to drive an hour to the nearest town then drive back around."

ROAMES would also inform a range of other Ergon asset management practices and capacity planning by identifying features such as homes' swimming pools and solar panels, which were associated with changed energy profiles.

Ultimately, Ergon hoped to create a comprehensive map that would function like the classic game SimCity, in which players built cityscapes and micromanaged a range of factors to change outcomes.

"The vision that we're ultimately trying to achieve is to build a SimCity-like model of the whole energy supply chain, right from the policy makers down to the end consumer," Coleman explained.

"We should be able to demonstrate to a minister what would be the impact of a new policy coming in – but today, if anyone asks, we can't answer many of those questions."

Coleman acknowledged that ROAMES had its challenges, but asserted that that the key to improving the process was escaping the defeatist mentality that inaccurate data was an unavoidable and costly part of running a utility.

"We get so used to dealing with inaccuracies in our data that it becomes ingrained in everything we do," he said. "No one challenges why we were doing this, and it became embedded in the culture and very hard to change.

"If we step back and start asking ourselves whether we have our investment portfolio right – if we're brutally honest, the answer is quite often no," Coleman said.

"We don't have the information we need to address the challenges that are before us in the current industry environment."

Although Coleman was confident that ROAMES would boost Ergon's network management, not all utilities were rushing to bury themselves in data.

Like Ergon, HQ had long pegged vegetation management – a $70 million annual line item – as its number-one problem and was "reactive rather than proactive" in its outage management, Iyer explained.

It embarked on a 90-day analysis of outage data in mid-June, after its SAIDI rating (System Average Interruption Duration Index, used to measure network reliability) jumped 10 percent from 2010 to 2011.

Weather events accounted for 13 percent, and animals for 12 percent of outages.

Instead of all-encompassing, data-intensive efforts, Iyer said HQ's analysis allowed it to identify the most pressing areas for reducing outages – which would enable improvement of customer outcomes rather than focusing exclusively on cost reductions.

"Our job is to boil this down from an aggregate level to a substation, feeder, transit point, transformer and individual endpoint level," Iyer said.

"When you put these elements in a mathematical blender to forecast the likelihood of an outage, you'll get better and better. But we have agreed to crawl before we walk."

"There are whose who say they want to collect petabytes and exabytes and zettabytes of information and I humbly ask: why?" Iyer said. "What business value does it deliver?"