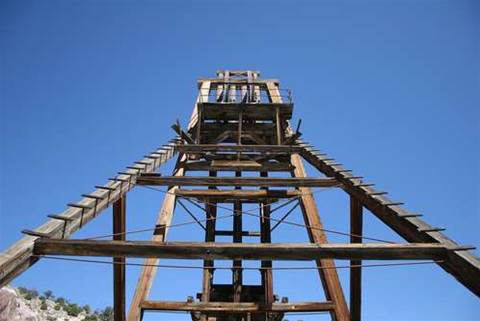 Newcrest Mining has recorded a $47 million rise in corporate administration costs in the past financial year, partly from investments in IT and systems to promote "step change improvements in production".

The Australian headquartered miner, which has operations locally, in Papua New Guinea and West Africa, reported $140 million in corporate administration costs for the 2012 financial year.

About $7 million of that was spent on establishing operational control "hubs" in Australia.

Newcrest did not release details of its exact systems spend.

It is currently working on release two of its Newcrest Enterprise System Strategy (NESS), a five-year project that sees it standardise on the SAP enterprise resource planning system.

Second-release works — which are currently in train — are understood to include the implementation of SAP's supply chain management module, as well as the remote logistics management module from within SAP's industry solution for the oil & gas sectors, SAP IS-OIL.

Further comment was being sought from a Newcrest spokeswoman at the time of publication.

Newcrest also reported spending an extra $6 million over the past year on "innovation and technology, targeting the future generation of significant step change improvements in production".

Productivity and technology are major components of Newcrest's five-year business plan, a topline view of which was presented to financial analysts.

"There's a heavy emphasis within those corporate costs around productivity, technology, IT systems attached to our principal mining issues and opportunities that we see going forward," CEO Greg Robinson said.

"Newcrest has invested heavily in innovation and technology over recent years. It really is quite a conscious effort to improve the company."

However, Robinson equally expressed caution that Newcrest would keep its capital expenditure in check as uncertainty and mineral price pressures weighed on the resources sector generally.

"In the current environment we will spend within our means," he said. "We will be very careful as to if or when we fund ... growth options."

The year just past represented a capital investment "peak" for Newcrest, as it scales up operations at Cadia East in Central NSW, and at Lihir in Papua New Guinea.

The company maintained guidance that FY13 capital expenditure would be between $1.8 billion and $2 billion, a 30 percent reduction compared to FY12.

Of that $2 billion, Newcrest expected to spend $800 million on major projects and between $425 million and $475 million on sustaining existing operations.

Between $475 million and $625 million was allocated to "other projects", such as mill optimisation, in the coming financial year.