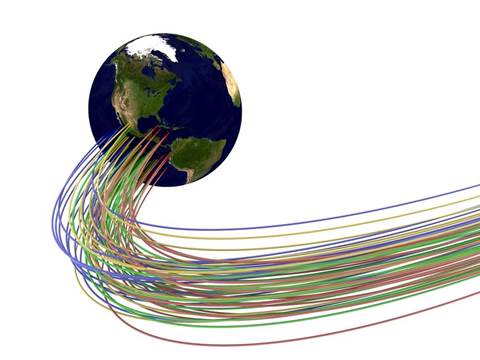 A proposal to build a new submarine cable system linking Australia and New Zealand with the United States has folded after failing to reach the $US400 million in funding required to build the cable.

Board chairman and Fairfax Media director Sam Morgan told iTnews he was "very disappointed" to pull the plug on the project after it failed to gain funding.

"It's a bit like putting your house on the market," Morgan said.

"If it fails to sell or the price is too high, you have to decide when to stop. We could have gone on with Pacific Fibre, but it wouldn't have been fair to the share holders."

The company had missed several deadlines for the funding, including a November 2011 target, which slipped after core joint venture partner Pacnet allowed a memorandum of understanding with Pacific Fibre to lapse.

The company had remained quiet after a second deadline in June also lapsed.

Morgan said the business case for Pacific Fibre remained sound due to ongoing bandwidth demand growth in the region — currently at 45 to 50 percent annually. However, economic conditions globally meant the company failed to find the funding.

He did not believe any other group of entrepreneurs would be able to revive the project and ruled out a potential bail-out by the New Zealand Government.

Total shareholder losses were in the $NZ5-6 million region, according to Morgan.

"Without strong competition on the international leg, all we're doing is building the world's fastest intranet," he said.

He questioned why the New Zealand superannuation had not supported the build.

"It's one of those long-term investments that clearly appeal to retirement funds around the world — the Australia pension fund could see the benefit in it, so why is there no sign of our own fund getting in behind something that will not only deliver a return on investment but also deliver a brighter economic future for the country as a whole."

"We are talking about a national infrastructure project that has a physical life of 25 years or more," Rushworth said at the time.

Rushworth said that there would be no contractual penalties to its submarine cable layer contractor, TE Subcom, for any delays.

In a statement, Morgan called the project "audacious", in which the core investors and founding partners had inested millions but "despite getting some good investor support we have not been able to find the level of investment required in New Zealand initially and more broadly offshore".

“The global investment market is undoubtedly difficult at the moment but we knew this was always going to be hard, regardless of our timing," he said.

"We believed funding for these long term infrastructure investments would have been more readily available and were confident the business case was solid. We feel like we’ve done everything we can to succeed and we are all hugely disappointed that we have not managed to get there.”

When asked if there was a risk that Southern Cross Cable System — the incumbent trans-Pacific operator and New Zealand's core international link — might put up prices after Pacific Fibre folds, Morgan said: "what would you do now if you were Southern Cross?"

But Southern Cross' director of sales, Ross Pfeffer, confirmed to iTnews that the company would not put up its prices.

Pfeffer pointed to the company's ongoing record of price reductions averaging 21 percent since 2000, as well as the ongoing highly competitive environment in Australia.

"We have consistently applied our Australia–US prices to the New Zealand–US route," Pfeffer said, noting New Zealand internet service providers could expect to pay the same for bandwidth as their Australian counterparts.

The existing cable system is expected to receive upgrades to 100 Gbps transmission technology to meet anticipated increases in demand from Australia's and New Zealand's fibre-to-the-home rollouts.

New Zealand's opposition communications spokeswoman Clare Curran was quick to label the failure of Pacific Fibre as a blow to the Government's Ultra-Fast Broadband initiative.

"[The UFB was] always dependent on a second high-speed fibre-optic cable connecting New Zealand to Australia and California to provide much needed competition to bring fibre prices down," Curran said, noting the Government had not factored in greater international bandwidth as part of the project.