Qantas signs on for Office 365 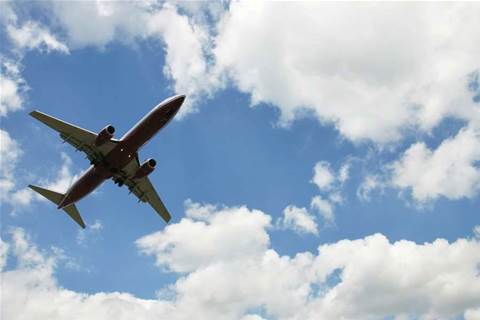 Qantas has signed an enterprise agreement with Microsoft that will set Australia’s national airline on a migration path to the Singapore-hosted Office 365 cloud computing service.

The airline signed up for the entire Office 365 solution after six months of complex negotiations.

iTnews has learned that due diligence work on the contract included two key tests: the first, a “bake-off” comparing Microsoft’s online office productivity options against competing products from Google and, second, a comparative analysis of whether to lease the Office 365 package directly from Microsoft in Singapore or from a local service provided by incumbent desktop supplier Fujitsu.

Both exercises were used to drive a better price from Redmond-based Microsoft.

Chief information officer Paul Jones told iTnews that Qantas would consume both on-premise and cloud-based versions of Office 365, with the latter expected to appeal particularly to its 11,000 cabin crew.

More sensitive information would be hosted in an on-premise version of the productivity suite, provided by Fujitsu. Qantas and Fujitsu have yet to decide on how it will determine which data or accounts are stored where.

Jones said Qantas decided to buy the cloud version of Office 365 directly from Microsoft to "reduce complexity" and benefit from more rapid software updates, noting that the airline had "quite a lot of experience working directly with product vendors".

Qantas' Office 365 deal is part of a wider end-user computing upgrade that will support its move to a new, refurbished campus in Mascot, in Sydney's south east. The new corporate headquarters will house 3500 corporate staff by the end of 2013.

While the agreement licenses Qantas for the entire Office 365 suite, the airline will selectively roll out discrete modules of the solution as it works to overcome several key barriers to adoption.

SharePoint will be first cab off the rank later this year, followed in 2013 by Lync for unified communications, Microsoft’s Office productivity suite and eventually Exchange Server.

The first hurdle to address is Qantas’ ageing desktop fleet — the majority of which is running the Microsoft XP operating system. The minimum requirement for the SharePoint module of Office 365 is Internet Explorer 7.

Qantas intends to replace much of this fleet with virtual desktops running the Windows 7 operating system and Internet Explorer 8, via application delivery tools developed by Citrix.

Fujitsu will trial this solution at the airline in September this year before full production scheduled for the first quarter of 2013.

Should the pilot prove successful, Qantas would expect to have 40 percent of its employees using virtual desktops by mid-2013, with a longer-term target of 80 percent.

Adoption of the Office productivity and Lync modules will follow many months later — not so much due to legacy barriers but because of concerns within the Qantas team about the maturity of the current versions of these offerings.

Microsoft continues to include features in its on-premise versions that are not available for lease as a “cloud” solution, but improvements are anticipated for late 2012.

A future for Fujitsu?

The deal with Microsoft will re-shape Qantas’ relationship with its incumbent desktop supplier, Fujitsu.

Fujitsu began migrating the airline’s legacy Lotus Notes/Domino environment to Microsoft Exchange in 2010, an effort scheduled for completion in the first quarter of 2012.

Jones told iTnews that Fujitsu had moved 90 percent of personnel inboxes. But iTnews understands that the migration of more complicated shared mailboxes and databases may take a further 12 months.

Qantas has not disclosed financial details of the deal.