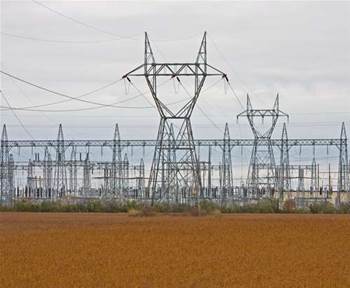 Breaking down a single outsourced model.

Victorian utilities United Energy and Multinet Gas have embarked on a major operations restructure that will see the sister firms move off a nine-year outsourcing relationship with Jemena in a bid for greater flexibility.

The utilities are respectively majority- and fully-owned by the ASX-listed DUET Group. They are separate businesses with separate IT systems, but are supported by a single head office and IT function.

Both firms outsourced their IT, network and corporate services to Jemena Asset Management in mid-2003.

They decided to take back the systems last year (pdf), with United Energy reclaiming its SAP enterprise resource planning system (ERP) from Jemena that year, and Multinet Gas expected to implement its own SAP systems by 1 July 2013.

"It's a multi-sourcing model where we're doing the project management and the design side of things but using external service providers for the delivery of the projects.

"We want to make sure that we are using the right people in the right areas for the different IT services, and [that we're] managing that for the best benefit of [our] customers."

Foundation projects for the transition-out from Jemena broadly fall under a program of work called Lightyear.

As of the end of last year, United Energy had replaced its Jemena-supplied ERP system with a brand new system to support its new business model.

It also uses IS-U, which is SAP's customer care, billing and device management system for the utility sector.

Multinet Gas is on a similar path. It is in the final stages of a customer, outage and market systems replacement project (based on SAP IS-U) and will also take back and implement its own SAP enterprise resource planning and asset management system by next July.

Legge sees the new SAP instances as "significantly different" to those previously run by Jemena, not least because they need to support an entirely new business model and operational structure.

Prior to 2012, Jemena provided field services for the northern and southern regions of United Energy's distribution network. Under the restructure, Jemena maintains responsibility only for the north.

"If you look at electricity, we've gone to a two-region [field] service provider model where we have Jemena doing one region of our distribution network and Tenix doing another region," Legge says.

"We've had to implement an SAP solution that supports that and has gateways between our SAP system and the ERP systems of the service providers."

United Energy and Multinet Gas use webMethods B2B gateways, as do their service providers Tenix and Jemena, to exchange messages and work order data between their core systems.

"It's an alliance type model so there's a lot of cost information going back between us and the service providers," Legge says.

"We did a fundamental redesign of the way asset management is done in the industry, and we've implemented systems to support that model.

"We can actually get a lot of detailed information from the service providers on how much money is being spent on maintaining a particular transformer, for example, so that that can then provide us information to do better asset management and maintenance."

Internal IT teams at United Energy and Multinet are also working on a major SCADA system replacement for both firms.

"We're replacing a very old SCADA platform with a new Telvent platform, and that's due to go live at the end of this year," Legge says.

"There was a lack of investment for quite some time so part of what we're doing is actually refreshing some quite old platforms."

Read on to page two to find out how smart meters are affecting utilities' IT.

Although the operational restructure of United Energy and Multinet Gas was a key driver for IT transformation, so too was the industry transition to smart metering technology in Victoria.

"We needed to respond to the quite significant changes in the industry around things like smart metering, and so these new platforms were basically required to enable that capability," Legge says.

United Energy - along with other electricity players in the state - is offering a portal that surfaces electricity usage data from the smart meters to end users, giving them insight into how and when they consume power.

"We're also looking further at means to actually bridge the gap between the utilities and the consumers and allow them to take benefits from the new technologies and the smart meters," he says.

"That's probably the next stage of the IT transformation."

Not all of the benefits of smart meter technology are known. "We're looking around the world," Legge says.

"Different markets have drawn different benefits from this technology. In some areas they've drawn a lot of benefits in terms of making the infrastructure more efficient by helping to reduce peak loads, but it's quite complicated [because] it's potentially got to be tied to behavioural changes and incentives.

"The [electricity] distributors need to work with the retailers such that there's a solution that benefits the end consumer."

Legge's aim was to stand up an IT environment that does not impede the realisation of future benefits.

"There's a lot of work initially to get everything bedded down and working reliably and the transactions all flowing, the data stored the right way," he says.

"But then we are seeing that there are going to be opportunities that are emerging in the next few years where different people use this information in different ways for the benefit of consumers."