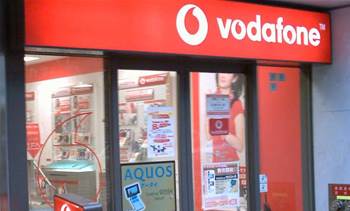 Vodafone Australia has reported outages affecting most of its national 3G network.

The telco, which is undergoing a $500 million overhaul of its mobile infrastructure, told customers through Twitter and its network status page of 3G connection issues affecting users in all states and territories, except Western Australia and the ACT.

The company said customers "may be experiencing issues accessing 3G data services" from 9.12am AEST.

Users on the Whirlpool user forums reported services beginning to become available again at about 11.45am, some two-and-a-half hours after the outages began.

A spokesman for the telco told iTnews the issue was caused by core router outage this morning.

"The fault was quickly rectified, however, many customers may have experienced slow data throughput until approximately 9.50am, when all 3G services (with the exception of some areas of regional NSW) returned to normal," he said.

"We rectified the fault that was affecting services to some areas of regional NSW just after 11.30am. We apologise to customers that experienced any inconvenience."

Vodafone has strived to gain back customer confidence in its network after ongoing outages to the network led to a customer exodus in late 2010.

The telco reported the loss of more than 500,000 subscribers over the course of 2011 and recently instituted a "network guarantee" allowing new customers back out of their agreements within 30 days.