Optus to build 4G testing base 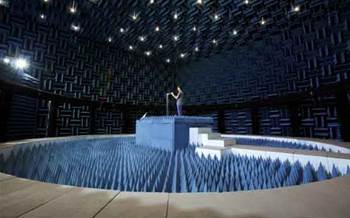 Metro areas get both LTE standards.

It has been unclear to date, however, how the two 4G networks – which work on different spectrum bands – would be built out.

An Optus spokesman clarified today that the telco planned to build the two networks together, with compatible smartphones and tablets effectively switching between TDD-LTE and FDD-LTE networks in metropolitan areas when available.

The company plans to expand its FDD-LTE network beyond Newcastle this year to Sydney, Melbourne and Perth, with a Brisbane network expected some time next year.

Though Huawei built out the Newcastle portion of the LTE network, sources have told iTnews that Optus continues to deliberate on a vendor partner for the rest of the rollout.

It is understood to be trialling deployment of compatible Nokia Siemens Networks equipment in Sydney later this year, but without the vendor's direct participation.

The network deployment timetable is expected to be accelerated under an expansion of Optus' mobile site sharing arrangement with Vodafone.

The spokesman said a TDD-LTE network would become available from next year in metro areas, using 98 MHz of the 2.3 GHz spectrum band acquired under the vividwireless agreement.

The company would build two facilities – one in Sydney's west and another near its Macquarie Park headquarters – to test compatibility between the competing LTE standards
"as well as inter-operability of LTE-TDD with our 3G network".

"In previous tests conducted by vividwireless, only 20 MHz of LTE-TDD spectrum had been tested," the spokesman told iTnews.

Trial users of the Newcastle LTE network have reported peak speeds of more than 40 Mbps downlink, with a potential ceiling for up to 90 Mbps on an uncongested network.

Despite the significant difference in device compatibility requirements between the two LTE standards – and a current dearth of device availability for TDD-LTE – the spokesman said the company was "confident that there will be LTE devices compatible with both networks at time of launch".