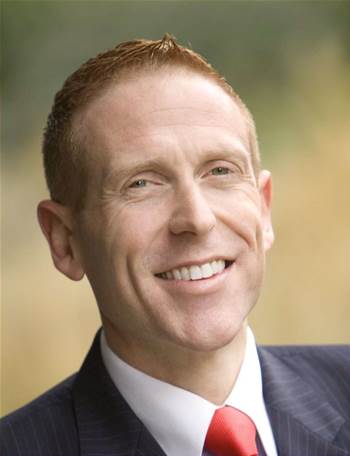 Former Symantec Australia managing director Craig Scroggie has been named as NextDC’s new chief executive, just a fortnight after stepping down from the anti-virus firm.

Scroggie replaces founder Bevan Slattery, who will continue at NextDC as executive director and deputy chairman.

The move to CEO extends a long-term relationship with the data centre provider for Scroggie, who has served as a non-executive director at the company for almost two years.

Scroggie is a veteran of the IT community, formerly serving in leadership roles at the local operations of EMC, Fujitsu and Veritas Software.

Slattery said the appointment would allow the company founder to focus on the company’s web-based data centre management platform, ONEDC.

“Having worked with Craig on the board for the past 18 months, I have always been extremely impressed by his level of professionalism, energy and leadership. Craig is an impressive and inspiring professional,” he said in a statement to the ASX.

“I am looking forward to working with Craig to deliver our vision for NextDC and expanding into new areas of opportunity.”

Scroggie will begin the role on June 20 on a four year contract. His annual salary has been set at $1.2 million, alongside equity incentives subject to shareholder approval.

Scroggie was replaced in late May at Symantec by former cloud boss for the company, Brenton Smith.