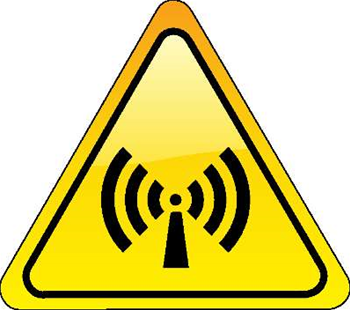 NBN Co chief executive Mike Quigley has warned of a slow upgrade path for the wireless portion of the National Broadband Network due to the installation's rural location.

The LTE network, being installed by Ericsson under a ten-year, $1.1 billion contract, is expected to serve approximately 500,000 premises with fixed wireless connections beginning at 12 Mbps downstream and 1 Mbps upstream.

NBN Co has indicated plans to boost these speeds in future, but Quigley told an annual radiocommunications conference this week that not all upgrades to the LTE standard would necessarily be available under the NBN.

"We continue to expect to use advances in LTE as they become available but we don't expect automatic increases to be available," he said.

"We are using every type of tech we can to squeeze bits per hertz but things like MIMO are not so useful to us in the rural area because we don't have buildings to reflect the signal and get the additional virtual channels out of it."

MIMO technology – or multiple input and output – is used prevalently in wireless networks to boost speeds by using multiple antennas, including in 802.11n home wi-fi technology and in larger-scale LTE deployments.

It is understood that use of the technology in an urban LTE installation could, in some cases, effectively double the peak speeds available to a user's device, depending on that user's location in relation to a mobile base station, and how many other users are simultaneously sucking down bandwidth.

In addition to use of multiple, physical antennas, MIMO includes the use of signal reflection, using surrounding buildings and physical objects to create "virtual channels" that allow the device to receive data from physically diverse paths at once.

The NBN Co fixed wireless setup, however, is largely being installed in regional areas of less than 1000 premises or on the outskirts of towns, leading to a much smaller density and fewer buildings to use for a similar purpose.

NBN fixed wireless connections rely on a line of sight connection between the tower and the antenna at a premises, allowing NBN Co to guarantee the internet speed a premise will receive, but potentially cutting the peak speed available to that premise.

It is understood some premises have been refused a fixed wireless installation due to an inability to receive a line of sight connection in the first instance.

It currently owns approximatley 100 MHz of spectrum, bought at auction and directly from Austar, but is only using 20 MHz stocks to deliver the initial speeds.

The ability to "bond" further radio channels in future under the anticipated LTE-Advanced technology would allow NBN Co to use additional spectrum to boost speeds for regional users.

Quigley said that, despite the company's extensive spectrum stocks, "we are struggling to maximise the throughputs on that spectrum".

"Spectral efficiency is increasing all the time, but it is starting to plateau out, it's getting more and more difficult to squeeze more bits per second, per hertz out of the technology," he said.