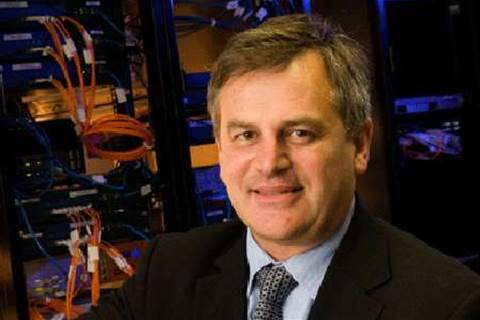 Innovative projects developed within Defence's technology arm could be spun off as separate companies or licensed to third parties, according to the agency's new chief scientist, Dr Alex Zelinsky.

Zelinsky, who started in the Chief Defence Scientist role in March after an eight-year stint at CSIRO, said the agency would have to be flexible with its intellectual property in order to gain the most of its project.

“My view on these spin-offs is that it’s not about wealth creation as such; it’s what can we do to have the biggest impact?” Zelinsky told iTnews.

He suggested spinning off some projects or partnering with third parties could aid the development of new cryptographic equipment or improve access for the Australian Defence Forces.

“By working together you create a solution," he said.

A variant of this approach may be to license a technology to an Australian SME or, if required, a multinational, he said

Zelinsky also explored the notion of simply giving away the technology, allowing it to gain critical mass and reducing the cost of procurement in Australia.

“We have to be a lot more nimbler and understand what is the best way to get this technology injected and then adopted,” he said.

Zelinsky is familiar with commercialising such projects. As head of the CSIRO’s ICT Centre, he oversaw the formation of a company around the centre's P@NOPTIC Search Engine project, now known as Funnelback, in December 2005.

The company has since grown to market to clients internationally. In July 2009, Funnelback was acquired by content management system vendor Squiz.

“It was my idea to spin it off and I was very proud of that,” Zelinsky said.

During his tenure at the Australian National University, Zelinsky also co-founded and spun off Seeing Machines to further develop the company's facial recognition technology. He still retains shares in the company.

“We will be exploring these options and very much using a partnering approach [in Defence],” Zelinsky said.

Zelinsky told a recent Defence estimates that he was seeking to ensure his organisation had the adequate expertise to deal with potential forthcoming cybersecurity threats.

The department's science arm formed "the guys in the back", according to Zelinsky, "working on challenging problems and longer term solutions".

But some resources could be under threat as Zelinsky is pushed to cut up to 200 staff over two years from the Defence science organisation's 2600-strong employee base to meet budget requirements.

“We’ll have a better idea in a fortnight’s time,” he told iTnews.

He said the Defence Secretary and the Chief of Defence Force were looking at making cuts in a strategic way.