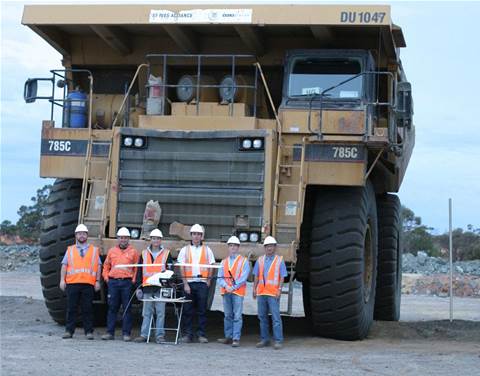 Keeping personnel out of the air and the pit.

Workplace safety has been a primary driver for Australia's top miners' adoption of unmanned aerial vehicles, with mines pressured to keep people "out of the pit".

The firms are bringing in UAVs for operations that would otherwise be performed by manned commercial aircraft, and to cut time spent by mine personnel in the pit.

Mining firms pay close attention to aviation risk management, particularly where it concerns transferring personnel to and from remote sites.

In early 2010, Rio Tinto and BHP Billiton came together to establish standards to improve the safety of conventional flights.

Less than a month ago, an Australian was killed in a light plane crash in Indonesia, where he was aerial surveying for mine prospects.

"The thing that concerns the miners is the risk," UAVs Australia commercial director Mark Stevens says.

"Really what they want to do is minimise as far as possible having people in the air for any task. In their risk profile for operations, right at the top of their list is anything to do with operations in the air."

According to Sibelco surveyor Stephen Talbot, today's mine and quarry managers are looking to minimise the number of people walking around pits and machinery.

UAVs - in Sibelco's case, the Gatewing X100 fixed-wing - "minimise the danger of getting hit by a truck or falling over a face, or tripping or falling anywhere in the quarry, so it is a very safe way of surveying," he says.

Drones can also be used to monitor for any changes to an area of land that might be caused by underground mining.

Adam Technology managing director Jason Birch said UAVs could be used to more safely monitor for subsidence above or adjacent to mines.

"Usually [subsidence] can be [over] a larger area, and you certainly can't walk around on it," Birch says.

"In principle you could use scanning or something like that from the ground, but it's just a lot easier to fly over it. It only takes a few minutes."

A.I. Tech director Kevin Lunn concurs: "Cave subsidence in block mining is something you can't get to.

"You're not allowed to have personnel near it or in the area, so the only way to do it is [by air]."

This article is part of a special investigation by iTnews on the use of unmanned aerial vehicles in mining. Read the full series here.