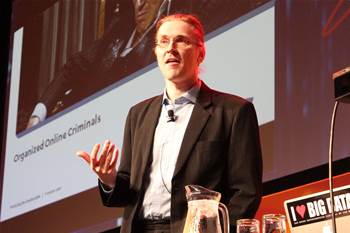 The 2009 Stuxnet attack on Iran's uranium enrichment facilities pitched governments in a race to stockpile security expertise, the AusCERT conference heard this week.

According to F-Secure's chief research officer, Mikko Hypponen, governments had ramped up use of defence contractors to increase their ability to attack foreign nations through software exploits.

Those professionals would be tasked with developing and stockpiling exploits against PCs, smartphones and enterprise systems aimed at crippling a foreign government's network, he said.

"The cyber arms race has started," Hypponen told AusCERT 2012 delegates on the Gold Coast this week.

"I don't have to think about it ... We should and we are detecting [government-made] trojans," he declared.