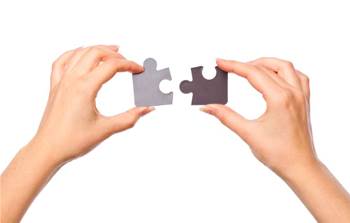 The Queensland Department of Transport and Main Roads has emerged from a three-year integration of two separate departments with a new enterprise architectural structure and vision for ICT.

The department was formed in July 2009 from the amalgam of Queensland Transport and the Department of Main Roads, and has come out of the recent March 2012 election largely unscathed.

"That gives us a lot of a head start in moving forward".

Fechner - who joined the department in October 2010 - is no stranger to complex projects. Prior to Transport, he led the separation of QR Limited into QR National and Queensland Rail.

"[QR] was understanding exactly what the two organisations required and teasing apart the existing competency in such a way that both of them were able to stand alone and operate independently of each other.

"[Transport and Main Roads] is really sort of working the other way. It was very good to see what those individual organisations had, and what the best way to combine those things was to look at where we could minimise the duplication."

The combined department's ICT staff - permanent and contractors - numbered about 800 at the time of the integration.

"Really, the establishment numbers that we had approved were about 560, so we really did need to come down," Fechner says.

"We are actually substantially smaller than that now - we're about 440 permanent and casual - but we still have about 200 contractors."

A good chunk of resource was tied to project works; as those works finished, the numbers slimmed naturally.

"By our nature we've got a fairly variable workforce with a high degree of project work going on every year," Fechner says.

Numbers were also cut by rationalising the number of ICT platforms in the combined departmental entity and re-instilling a single enterprise architecture that cut across the entire organisation.

"Over the last four or five years prior to my turning up, there'd been a reduction in the focus of the strategic view around ICT in Transport and Main Roads," Fechner says.

"[The department was] very highly focused on a couple of very important operational programs such as the new Queensland driver's license.

"A lot of other things had sort of been left in a slightly decaying state."

When Fechner joined the department, he observed an ICT environment that consisted of point solutions rather than a single underpinning enterprise architecture.

In other words, platforms were introduced in support of specific programs of work or projects but were unfit for broader application, introduced complexity and increased costs.

"There wasn't much enterprise architecture going on at all," Fechner says.

"It was mostly solutions architecture, which has some negative consequences because [the department] didn't have a solid platform on which to build their solutions and we had a lot of diverting patterns.

"We had most products in, and we had most platforms, which has a high cost of ownership.

"By bringing that enterprise architecture back as a central authority, we've been able to rationalise quite a number of platforms now."

Such rationalisation reduces excess staffing requirements and makes it easier to deliver "effective ICT services" to the department's users.

"It's about managing our platforms better, reducing them, making them more simple, so that we don't have to have such a large number of people running the environment for us," Fechner says.

"The idea of the platform strategy is to cross skill people in a smaller number of platforms so that we get better outcomes, more consistent, contemporary delivery of ICT services that are actually much more robust as well."

Fechner is also working to improve software licensing in the combined department, based on his experience working with the McKinsey Group on procurement excellence.

"We were buying a lot of things in Transport and Main Roads," Fechner says.

"We basically had licenses and contracts from the two former departments, so it was really important for us to be able to merge those things and combine all of our previous purchases in a way that we could optimise them.

Aside from platform strategy, the department is pursuing a strategic vision for ICT that includes a business transformation component, and a push to adopt "contemporary services ... bringing Transport and Main Roads back into the 21st Century".

iTnews revealed earlier this week that the business transformation project will see expanded use of SAP across the organisation, as well as improvements in enterprise information management and decision-making.

The contemporary services work, meanwhile, focuses on a collaboration and productivity suite overhaul, geospatial enablement of data, and the adoption of intelligent transport systems - sensors and cameras - "to help us better manage transport outcomes".

The department's Information Division - internally known as iDivision - is a "hybrid" of the two former departmental ICT teams, according to Fechner.

"We didn't try and subvert one or the other," he says.

Fechner says iDivision held a series of internal sessions to discuss new structures, competencies and how it was envisioned that the combined ICT entities would work together.

"The integration activity was a great mechanism for us to try and put together what our future vision for iDivision was, and really set about the values and behaviours that we wanted to have within iDivision," he says.

"Obviously there's a lot of synergies between the two, but trying to get them to understand the different cultures and work together to get the best of both was a big challenge."