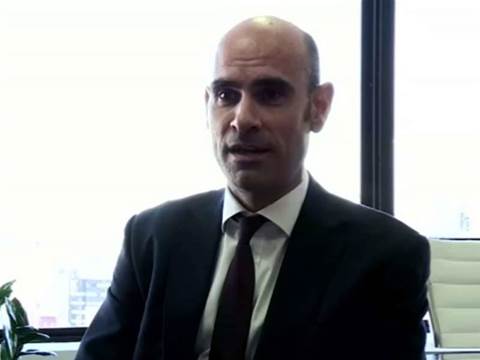 The NSW Government has forgone a concrete roadmap for its newly launched ICT strategy and will instead annually review the 85 actions and outcomes set out last week in a bid to “evolve” the outcomes over coming years,

The strategy was launched by the NSW Department of Finance and Services last Friday, after 11 months of planning and consultation with agencies and the industry.

It lays out 17 “initiatives” to improve service centricity, openness, information sharing, skills, procurement and infrastructure through 85 key initiatives to be put in place by the end of 2014.

Murphy told iTnews this week that implementation of some aspects of the strategy – including plans to pilot a private cloud and consider public cloud services – could be challenging.

“Some of the business models that are contemplated in the strategy, including around cloud, are still emerging,” he noted.

“There’s still a lot that people are thinking about cloud environments and… how the contractual arrangements and other things will work, so there’s a bit to work through there.”

Murphy noted that the State Government already used some cloud solutions for “fairly discrete services”, such as Google Apps for Department of Education students, and the NSW jobs website.

But he said the Government would look to consume cloud services in a “much more significant way” through a whole-of-government service catalogue to be introduced under the strategy.

“My experience of dealing with CIOs across government is that there’s a real willingness to look at new business models and new ways of doing these things,” he said.

“At the end of the day… what we want to do is enable IT shops in government to be able to focus on the citizen experience and not be focused on the back-end infrastructure.”

Murphy said the strategy was not a “five-year or ten-year roadmap”; instead, the department planned to review its progress and any new opportunities annually.

“The IT landscape is continually evolving,” he explained.

“If you’d put a five-year strategy together five years ago, you wouldn’t have contemplated smartphones, Facebook, Twitter – things which have transformed the way we do business today.”

“The plan here is that every year, we’ll get together with Government, with the industry and with ministers, and talk about what we have achieved, what have we learned, what are the emerging opportunities and what should be our next tranche of action.”

Annual reviews of the strategy and its outcomes could yield new projects, including those that built on existing achievements and “whole new lines of work”.

Murphy said the department intended to communicate regularly with the community and industry on its progress and welcomed any feedback throughout the process.

In launching the strategy last week, NSW finance minister Greg Pearce said its 17 initiatives would “bring NSW out of the dark ages” and make the state “number one again”.

Murphy said the strategy took into account the advice and experiences of business and technology leaders within state government, businesses, the IT industry and other governments in Australia and around the world.

He highlighted those established under the Federal Government, Australian state governments, as well as those in Britain, North America and “various initiatives across the EU”.

“These challenges are common challenges for governments around the world … I think there’s a lot of things that other governments have done are very interesting," he said.

“Whether or not they translate to our environment here in NSW is another matter, but we’ve certainly had a look at what works elsewhere and tried to feed that into our strategy development process.”