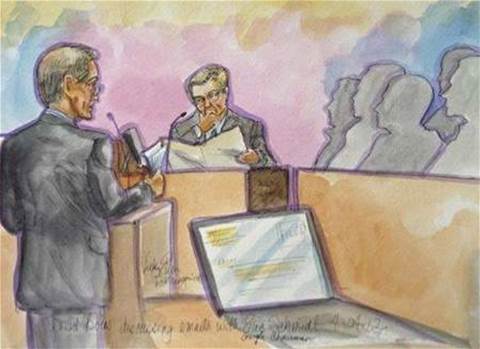 A pair of former chief executives for what was once a Silicon Valley darling told two different versions of how they viewed their company's legal rights in testimony on Thursday in the trial between Oracle and Google.

Oracle is suing Google in federal court claiming the search engine giant violated its intellectual property rights to the Java programming language and is seeking roughly US$1 billion in copyright damages.

Two years ago Oracle paid about US$7.4 billion to buy Sun Microsystems acquiring Java, the programming which is incorporated in Android smartphone technology, in the takeover.

Jonathan Schwartz, who served as Sun's chief executive officer from 2006 until the sale, testified on behalf of Google that he had never challenged them in court because he did not believe Sun had any grounds for a lawsuit.

But under cross examination, Schwartz acknowledged that his decision was based on business, not legal grounds.

Oracle's attorney Michael Jacobs then asked whether Schwartz was terminated immediately after Sun was sold.

"I believe I resigned," Schwartz said. "They already had a CEO."

Schwartz's predecessor, co-founder and chairman of Sun Microsystems, Scott McNealy, was brought to the stand by Oracle. He testified that a 2007 blog post Schwartz wrote praising Android was not official company policy.

Google's attorney Robert Van Nest then asked McNealy if it was true that he was friends with Oracle co-founder and CEO Larry Ellison.

Asked whether he once said the airport in San Jose, California should be renamed after Ellison, McNealy replied, "I believe so because he's probably largest taxpayer in this geography."

The trial, expected to last at least eight weeks, has been divided into three phases: copyright liability, patent claims, and damages. The seven woman, five man jury is expected to begin deliberating on Oracle's copyright claims next week.