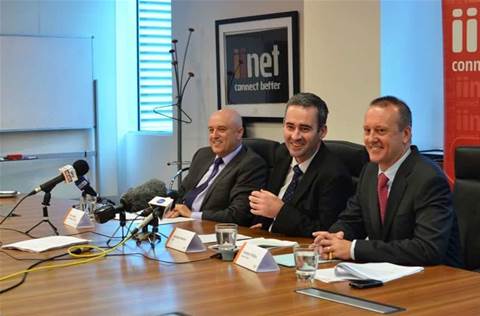 The High Court of Australia has unanimously dismissed the film industry's appeal against a lower court decision, absolving iiNet of liability for copyright infringement by its users.

In a comprehensive dismissal by all five judges hearing the case, the High Court held the initial Federal Court judgment by Justice Dennis Cowdroy in 2010 that iiNet had not authorised the infringement of copyright by its users.

An appeal to the Federal Court last year also held that iiNet was not liable for copyright infringement but provided reasons it might be if warning notices prepared by rights holders were deemed sufficient.

The High Court said iiNet had "no direct technical power to prevent its customers from using the BitTorrent system to infringe copyright in the appellants' films".

Instead, it said iiNet's powers to prevent infringement only extended to its ability to terminate that customer's internet service.

It said the notices served by the film industry - represented by the Australian Federation Against Copyright Theft - were not sufficient for warning users over alleged infringement.

Read the full text of the judgment summary here.

The decision is expected to set the first legal precedent in 37 years on a company's liability for user actions.

iiNet entered a trading halt on the Australian Securities Exchange this morning ahead of the judgment.

Chief executive Michael Malone welcomed the judgment as the "end of more than three years of legal argument and challenges".

"We have consistently said we are eager to work with the studios to make their very desirable material legitimately available to a waiting customer base - and that offer remains the same today," he said.

The High Court's dismissal included that AFACT pay iiNet's costs in the most recent hearings. iiNet had incurred approximately $9 million in legal costs over the long-running battle.

The decision is also expected to have significant influence on current discussions between ISPs, rights holders and the federal Attorney-General's Department surrounding a draft industry code that would set out the number of warnings sent to an allegedly infringing user, any reason for service disconnection and who ultimately pays for copyright notices to be created and forwarded.

Discussions in Australia have largely focused on distribution of education notices, however, rather than direct termination of a user's internet connection.

A representative of the Attorney-General's Department at the High Court this morning refused to comment on the case.

Both elements of the High Court judgment this morning, however, indicated that an industry code or protocol was the only indicative method of preventing future copyright infringement by users.

All judges agreed that while disconnection from the internet would be the only "indisputably practical" method against infringement, it would disadvantage those who did used the same service without breaking the law.

"In any event, in the absence of an effective protocol binding ISPs (and there is no such protocol) the iiNet subscribers whose agreements were cancelled by iiNet would be free to take their business to another ISP," Justice Gummow and Justice Hayne wrote.

Chief Justice French, Justice Kiefel and Justice Crennan similarly found that legislative schemes, some of which could include an industry code or judicial involvement, were also a potential factor in a future direction for the industry.

Though all five judges hearing the case in the High Court ordered dismissal of the appeal, the judgment was settled on two distinct issues.

The majority decision - from Chief Justice Robert French, Justice Susan Kiefel and Justice Susan Crennan - found that the Copyright Act did not mean iiNet had authorised the copyright infringement by its users by simply failing to act on the warnings notices sent by AFACT.

"iiNet's inactivity after receipt of the AFACT notices did not give rise to an inference of authorisation (by 'countenancing' or otherwise) of any act of primary infringement by its customers," they said.

Justice William Gummow and Justice Kenneth Hayne agreed in part with the majority judgment but added that iiNet did not control the use of the sites and services it facilitated access to, such as BitTorrent.

"At all material times iiNet had many thousands of account holders. Was it a reasonable step to require of iiNet that it monitor continually the activities of IP addresses to provide precise details of primary infringements that had been committed, and then take further steps to forestall further infringements? Warnings might or might not have that effect," they said.

The Pirate Party of Australia was among a host of organisations to congratulate iiNet on the victory.

"ISPs are not, and should never be, responsible to anyone other than their subscribers and local law enforcement agencies," party secretary Brendan Molloy said.

Molloy warned that the issue would not die with the High Court ruling and sought more involvement of the public in otherwise closed-door discussions between the Government and rights holders.

"The ADA encourages the Government to take wide consultation on this issue, and to ensure that consumer representatives are brought into the discussions," Whitehead said.