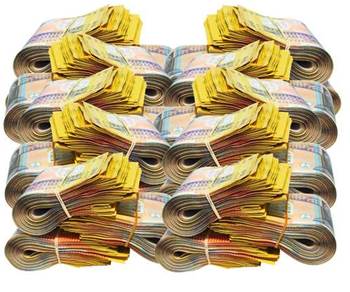 Scammers made nine-fold profit in minutes.

A Russian national is in custody facing charges of hacking into the web accounts of several brokerages to initiate sham stock trades that allegedly netted $1 million.

Petr Murmylyuk, aka “Dmitry Tokar,” was charged with one count of conspiracy to commit wire fraud, unauthorised access to computers, and securities fraud.

Civil charges were  also expected from the US Securities and Exchange Commission (SEC). Murmylyuk is already being held on charges arising from a separate investigation by the Manhattan district attorney's office.

According to the complaint Murmylyuk and his cohorts first gained unauthorised access to the accounts in late 2010.

They changed account phone numbers and email addresses to avoid their victims noticing aberrant activity, and then used stolen identities to open additional accounts at other brokerage houses.

In one scheme, they sold options contracts from victim accounts, then purchased the same contracts back minutes later for up to nine times the price.

Prosecutors also said Murmylyuk, working with a co-conspirator, employed other foreign nationals in the United States to open bank accounts into which the proceeds from their stock manipulations could be deposited.

Fidelity, Scottrade, E-Trade, and Schwab have reported losses totaling around $1 million as a consequence of the ring's scams.

“Hackers continue to find new and advanced ways to steal from the financial sector,” First Assistant US Attorney J. Gilmore Childers said in a statement.

“Through the illusion of legitimacy, these alleged hackers controlled both sides of securities transactions to game the market and drain their victims' accounts. Those who use their computer skills for fraud underestimate the combined resolve of law enforcement and the financial services industry to detect and stop these crimes.”

This case was brought in coordination with the Financial Fraud Enforcement Task Force, an initiative of the Obama administration that partners a number of federal agencies, regulatory authorities, inspectors general and state and local law enforcement to investigate and prosecute financial crimes.

Got a news tip for our journalists? Share it with us anonymously here.
Copyright © SC Magazine, US edition
Tags:
crimefraudsecuritytrade