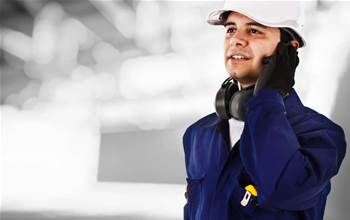 Engineers Australia has selected Oracle middleware to connect a range of commercial off-the-shelf software systems and hosted services as part of a $6 million overhaul.

As reported in iTnews in September 2011, the not-for-profit professional body has already purchased Oracle Financials and a Drupal content management system as part of the refresh. It also invested in CRM for the first time, consuming services hosted by Salesforce.com, for use by its sales and marketing team.

The organisation was tempted to invest further in cloud solutions to round out the build of an online accreditation application for its engineer members, but has opted instead to deploy the Oracle Business Process Management Suite 11g in-house.

This software will be used to develop new business processes and to allow for integration between the various systems purchased in the refresh.

Richard Holmes, program manager of MIS Renewal at Engineers Australia told iTnews that many hosted solutions were on the shortlist – but few were able to deliver the functionality and flexibility of the middleware suite selected.

The cloud services of Salesforce.com or Oracle OnDemand, for example, might be marketed in the brochures as ‘development platforms’, but tend to be limited to straightforward and rigid workflow. They are not, as yet, genuine alternatives for re-writing business processes.

And as iTnews’ ‘Which Clouds Play Nice’ report neatly illustrated, using disparate cloud services can also create some integration headaches for which there are few affordable connectors available.

Holmes told iTnews that the first system to be overhauled using the middleware suite is its chartered process for engineer accreditation, which was formerly a mix of online and paper-based processes.

Australia’s engineers are today ‘Stage One’ qualified when they have finished their necessary tertiary studies – but further accreditation can be attained once they can demonstrate that they can operate competently in real-world scenarios.

Engineers Australia intends to streamline the process of attaining this accreditation by building a single online process with several entry points and several possible outcomes.

Engineers will access the system over the internet, as will the assessors that determine an application. The large companies that sponsor their engineering staff through the program can also access the system to track the training status of their staff or authorise transactions.

Over the coming years the organisation intends to revamp its migration skills assessment process – which is typically used by organisations wishing to sponsor engineers based overseas that want to work in Australia.

Holmes told iTnews that the management of Engineers Australia charged him with – where possible – making use of COTS (commercial off-the-shelf) products as a first choice.

Decisions are also made according to the ease with which products integrate into the existing stack. It wouldn’t make sense, for example, for the organisation to acquire a new events management system that had its own finance engine. The organisation would prefer to purchase a solution that (relatively) easily integrates with the existing finance system.

“You have to strike the right balance between COTS products and middleware development,” Holmes said.

Finding the right skills for that middleware effort can also be tough. Engineers Australia – while it purchases directly from vendors like Oracle and sets the requirements – tends to outsource development work to specialist service providers.

Oracle-specialist Red Rock Consulting has won the middleware and integration component of the accreditation system refresh, whilst Drupal specialists Bienalto are looking after the user interface.

Holmes said the organisation was made aware of several options to host some of these solutions with third party data centres, but has “quite consciously chose not to do that.

“We are aware of other membership organisations being constitutionally prevented from putting member data out in the cloud,” he said.

“We might not have those restrictions, but there is very definitely an emotional feeling from some stakeholders that didn’t want that kind of data stored in the cloud.”