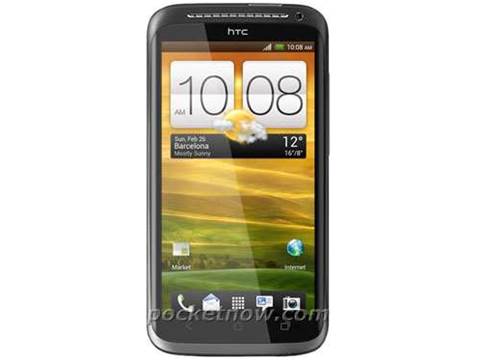 A true powerhouse of a phone that puts competitors to shame.

Some of the criticism that has been levelled against HTC over the past few months has been about the sheer number of handsets being pushed out by the company.

The smaller One range is HTC's attempt to rectify this, with a tighter focus and the HTC One X is the flagship. And as flagships go, this is one of the most successful devices we’ve seen.

The design of the One X is instantly remarkable: a sleek polycarbonate unibody design with Corning Gorilla Glass 2 over the display, curving down into the frame. It’s a really remarkable piece of engineering.

The phone measures a mere 8.9mm. At 130 grams, it’s lighter than the iPhone 4S, despite packing in so much real-estate in terms of screen size. Speaking of the screen, it’s a 4.7-inch beauty, with 720p resolution and a very wide viewing angle, apparently a product of the process used in attaching the Gorilla Glass to the phone.

We tested the One X running MapMyRun during a 4km jog - despite the size of the handset, it sat easily in a shorts pocket without feeling uncomfortable or in danger of falling out - something we would not feel safe doing with the Sensation XL.

Of course, the One X is famed for its Tegra 3 quad core processor - a chipset that’s only just finding its way into tablets, let alone phones. It may seem like overkill, but the effect of all this processing power on the device is nothing short of remarkable.

In Quadrant benchmarking, the One X easily outstrips the competition, scoring 4868 again the Galaxy Note’s 3317. In fact, it even out scores Motorola’s Xoom 2 (2450). With the Sunspider JavaScript benchmark, we saw results around the 2.2 second mark, which is very zippy.

This translates into some seriously smooth action when using the One X. It’s extremely noticeable when browsing or gaming. We tested with Temple Run to see how the rendering would look and were blown away by the game.

It’s especially good for HTC’s Sense UI, now in its own 4.0 iteration. Sense has often been accused of slowing down HTC handsets, but the One X runs with nary a stutter. We were also really impressed with the start up of the X - 12 seconds from fully shut down to being up and usable.

Call quality was very solid in our tests, even when outside or in loud interior environments. Music playback is especially fine thanks to HTC’s continued relationship with Beats, having the proprietary Beats Audio software built into the unit, same as the Sensation XE and XL before it.

With the screen size and high resolution, we also experience great video playback, happily watching short TV episodes we’d loaded onto the phone. With 32GB of memory built in, it’s more than possible to store an excellent selection of music and movies.

The camera is a big element of the handset - 8MP with a dedicated imaging chip. A range of effects are built in, as is 1080P video recording and the slightly unnecessary ability to take still shots while shooting video.

For Skype users or anyone fond of the mirror function, the 1.3MP forward facing camera can take 720P video.

There are a few niggles about the HTC One X, but they aren’t many. The unibody means that the battery is built in and non-removable. There’s also no expansion port for MicroSD or anything similar, although HTC have worked a deal with DropBox giving any One X users 25GB free for two years.

With the One X, HTC has made the jump to the microSIM, which might be annoying for users transitioning from an older phone.

Surprisingly, the battery was quite good. While it was all but tapped out after our 24 hour tests, the 1800mAh model performed far better than we would have expected given the screen and processing power.

While some of this is the Tegra 3’s power-saving “fifth core”, kudos must still be awarded to HTC for providing a powerhouse that still manages all day battery life. While the heavy gamers and social media gurus might find themselves running on fumes at the end of a hard day, the average user will have no issues.

In all, HTC has produced a truly remarkable phone that restores a great deal of our confidence in the company. A masterpiece of engineering and design, we’re happy to see the HTC One X become our new A-Lister for smartphones.

The One X is currently available on plan from Virgin, Optus and Vodafone, with Telstra availability to be annouced in the coming months.