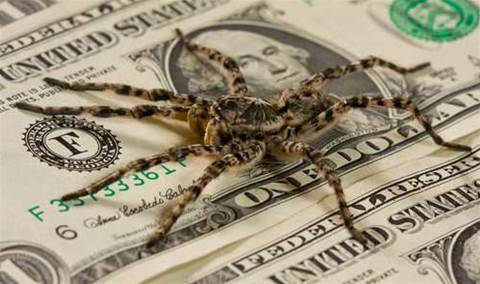 Cisco has refused to comment on whether it had investigated hacking allegations against NDS prior to its massive $US5 billion ($A4.75 billion) offer to buy the company earlier this month.

The deal, Cisco's biggest since 2005, will add NDS's content security and delivery capabilities to its Videoscape portfolio.

But near decade-old hacking allegations against NDS resurfaced this week, through reports that accused NDS of sabotaging pay TV competitors of its majority shareholder News Corp.

BBC and the Australian Financial Review alleged that NDS, through its security unit dubbed 'Operational Security', had cracked the smart card codes of ITV Digital in Britain, and Optus and Austar in Australia.

ITV Digital was a rival to News Corp's Sky TV. In Australia, News Corp had a 25 percent stake in Foxtel, which is in the process of acquiring Austar for $1.9 billion.

The security unit was also accused of circulating the cracked codes within pirate communities.

A Cisco spokeswoman said it would be “inappropriate” to comment on the allegations, stating that the two companies were separate. She refused to answer questions on whether Cisco would investigate the hacking claims or if it had already done so.

She also did not respond to questions about whether the allegations could derail the deal or if the NDS unit 'Operational Security', charged with the alleged hacking and piracy, would be dumped.

But the allegations could serve to drop the hefty NDS buying price, according to Gartner's senior telecommunications analyst Geoff Johnson.

“The allegations may devalue [NDS],” he said. Cisco's acquisition of NDS was expected to close in the second half of the year.

Johson said Cisco would have done its “due dilligence” prior to the buy.

Allegations of hacking have been leveled against NDS for more than a decade. NDS did not deny hacking rivals' smart card codes but claimed it had done so only for anti-piracy research purposes.

It denied using the codes to damage rivals. And a series of court cases brought against NDS by rivals have been decided in favour of the defendant.

The latest explosive allegations reveal new details supported by some 14,000 NDS emails leaked to the BBC and Australian Financial Review.

Overnight, NDS issued a statement claiming some of the emails were doctored. News Corp has denied the allegations and boss Rupert Murdoch tweeted that the company was preparing a response.

“Seems every competitor and enemy piling on with lies and libels … easy to hit back hard which [we are] preparing," he wrote.

The BBC and Australian Financial Review have stood by the stories and the integrity of the emails.

Meanwhile the Greens called on Australia's competition watchdog to put its consideration of the Foxtel-Austar takeover on ice.