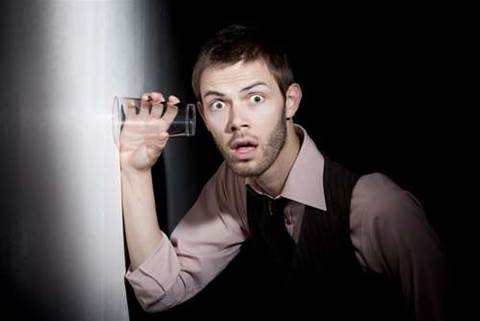 Japan's national police agency and a regional bank in the country have deployed a voice recognition technology in mobile phones said to be capable of catching out phishing scams almost every time.

Development of the claimed world first technology by Fujitsu and Nagoya University began in 2009 and has recently completed.

Researchers say it was capable of analysing phone conversations to “detect situations in which one party might 'over trust' the other party”.

It blends voice detection tuned to changes in voice pitch – indicative of so-called 'overtrust' – with a list of keywords typically used in phishing scams such as 'indebtedness' and 'compensation'.

When a phone scam was detected, the technology would notify a third party to help assist the victim.

Developers said it was 90 percent successful in early trials of the technology.

Preventing people from falling victim to phishing scams was complex, researchers said, not least because keywords could be obfusciated when people were under psychological stress.

In these conditions, phonetic words became more difficult to understand. This was offset by examining voice pitch.

“In situations of overtrust, there is the risk of believing everything another person is saying, even in cases of remittance-soliciting phone phishing scams, for example. In order to prevent such scams, there is a need to detect such situations and provide appropriate support.”

The technology resulted from the research project "Creation of Human-Harmonised Information Technology for Convivial Society run within Japan's Science and Technology Agency.