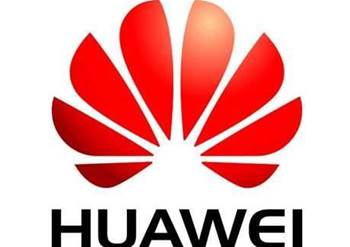 Chinese technology giant Huawei is in damage control after Australia's Attorney-General declared the company had been banned from tendering for NBN projects due to concerns about cyber-attacks originating in China.

The Australian Financial Review reported today A-G Nicola Roxon made her decision on the grounds the NBN was a project too important to leave exposed to any security risk.

It quoted a security analyst as saying companies tendering for the NBN were given detailed technical information about the network which would be dangerous in the hands of any organisation planning a cyber-attack.

Critical infrastructure operated by mining companies, and water and energy utilities, along with e-health and smart metre systems could run over the NBN, heightening the risk profile of the network.

Concerns about Huawei’s links to the Chinese Government have been raised repeatedly in the US, where the company has been denied contracts and blocked from acquiring local IT companies, most recently sever technology company 3Leaf. Huawei's founder and CEO Ren Zhengfei worked as an engineer with the People’s Liberation Army (PLA), but claims to have never been a member of the communist party.

Huawei has repeatedly denied links to the PLA or Chinese government. Some industry analysts have suggested, at least in the US, claims Huawei is some sort of Trojan for Chinese espionage are commercially motivated.

Roxon’s decision to ban Huawei from the NBN comes despite the company being awarded contracts for NBN-style projects in several other countries including New Zealand and the UK. Locally, the Chinese company has existing commercial relationships with major carriers Vodafone, Optus and Telstra and also does business with the New South Wales state government.

Huawei is understood to be negotiating with the Federal Government to have the NBN ban over- turned in what will surely be a test for the company's high-profile Australian board members, former foreign minister Alexander Downer and former Victorian premier John Brumby.

Read the feature: Enter the dragon: the story of Huawei on CRN, SC's sister publication.

Got a news tip for our journalists? Share it with us anonymously here.
Copyright © CRN Australia. All rights reserved.
Tags:
chinahuaweinbnnicola roxonplaren zhengfeisecurity