Google leans on developers to use payment service 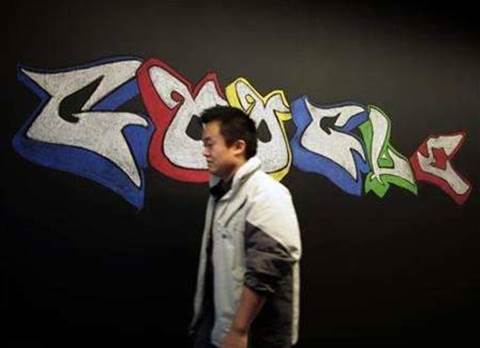 Google has been pressuring app and mobile game developers to use its costlier in-house payment service, Google Wallet, over rival services like PayPal, Zong and Boku.

The internet giant warned several developers in recent months that if they continued to use other payment methods their apps would be removed from Android Market, now known as Google Play, according to developers, executives and investors in mobile gaming and payment sectors.

Google's payment service charges a higher cut per transaction than some rivals'. But the move also suggests Google is using its powerful position in the mobile apps market to promote an in-house offering.

"Although this move by Google might seem high-handed, it reduces the friction for purchases inside Android apps and therefore makes users more valuable," said Hugo Troche, chief executive of Appsperse, a cross-promotion network for app discovery.

A Google spokesman said on Friday that its policy had not changed, pointing to a clause in its Android developers agreement that requires developers who are charging for applications and downloads to do so using an authorised payment processor.

Android Developer Program policies include two exceptions related to purchases of physical goods and digital content such as music that can be consumed outside apps.

The spokesman declined to comment on whether Google had stepped up enforcement of its policies in recent months.

Android Market, or Google Play as it is now known, is the company's answer to Apple's apps store, where consumers browse and buy or download everything from games and music to individual software or applications.

Google wants Google Wallet to be the dominant way that people pay for anything on this platform.

In one email sent to a developer in late August, Google said the developer had 30 days to comply, otherwise the developer's apps would be "suspended" from Android Market. Reuters obtained a copy of the email this week.

"They told people that if they used other payment services they would be breaking the terms of use," said Si Shen, founder and chief executive of Papaya, a social gaming network on Android. "Whether it's right or wrong, we have to follow the rules."

Papaya placed social games on Android more than two years ago. At that time, the search company's payment service - now known as Google Wallet - was not available for Android app payments, Shen explained.

She said Papaya used PayPal, owned by eBay, and Zong, a mobile payments company that has since been acquired by eBay. Papaya has now dropped PayPal and Zong in favour of Google Wallet for in-app billing, she said.

"If we had a choice, the freedom to choose which billing service, then that's even better. But if we have to follow the rules, we will," she added.

"I want to maintain a very good relationship with Google. We are very collaborative. It's very important to the business."

The initiative is important for Google. While Android Market has been a hit in terms of the number of smartphones using the platform, there has not been a commensurate increase in purchase activity by users.

In early 2011, Android platform manager Eric Chu told a conference that while the number of Android smartphone users was surging, the number of purchases of paid apps in the Android Market was not doing nearly as well, Forbes reported.

This is partly because the buying experience has been varied and confusing for users - reducing the chance that they will go through with a purchase, something known as conversion.

By pushing all app developers to use Google's payment system, the experience should be simpler, increasing conversion.

"On Android it used to be laissez faire - you could use any payment provider you liked," said Todd Hooper, chief executive of Zipline Games.

"It's probably naive of developers to think they could keep choosing different payment providers," he added. "If purchasing on Android is all over the place, that is worrying."

Apple's iOS platform generates higher conversion rates mainly because the company required developers to use its own payment system from day one, according to Hooper and others.

"This is one of the things that has helped Apple succeed," said Charles Hudson of Bionic Panda Games, an Android-focused mobile social games company in San Francisco.

"Every single developer is using the Apple payment system. Google sees the benefits that provides for the Apple platform and wants to create a similar system."

When Bionic Panda started on Android Market about a year ago, Google Wallet was not available, so the company used PayPal initially, Hudson said. It switched exclusively to Google Wallet around the spring of 2011, he added.

Developers using Google Wallet typically have to pay Google a 30 percent cut of revenue from purchases - higher than the cut taken by rival third-party payment services.

But Hudson and other developers said this may be worth it, if conversion rates increase.

When Bionic Panda dropped PayPal it lost some customers, but there was "an overall lift in conversion and monetisation on a per-user basis," Hudson said.

"Without having to chose your payment option it's closer to the one-click experience of the Apple iOS platform," he added. "The convenience factor would outweigh customer losses."