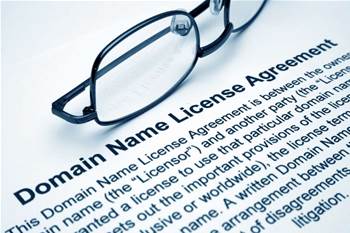 The NSW Government has yet to decide on whether it will register a .nsw domain, with less than two months until applications close.

In accordance with a request for proposal, issued last October, ARI Registry with apply to international domain regulator ICANN to register .sydney, .melbourne and .victoria.

If successful, the domains will be used to more clearly link websites owned by local businesses and government organisations to their city or state under a self-funded model from 2013.

ARI Registry will work with consultancy Ernst and Young and service provider Melbourne IT on the states' application. Cloud Registry, which was involved in the .tokyo and .canon applications, had also bid for the tender.

Under the new gTLD program, applicants have until 12 April to apply to ICANN for their own domain space -- a complex process that requires $US185,000 ($A174,000) in registration fees per space and a 55-question form often handled by external consultants.

The NSW Government is yet to decide on whether it will apply for a fourth prospective domain space, .nsw or .newsouthwales.

It is understood concerns around competition from international organisations that bear the same acronym have held the State Government back from its application.

The acronym is shared by at least one more organisation, the US' Naval Special Warfare Command.

".NSW is still in the mix, the government is just deciding on what the commitments are going to be," ARI Registry Services chief executive Adrian Kinderis told iTnews.

"Because of the complexities of the ICANN process, what's the opportunity for them to potentially have to go to auction. They want to be very careful about the situation they put themselves in.

"There may be some strategy to keep that somewhat covert. If you're open about your intentions you might be opening yourself up to competition."

A spokesman for NSW finance minister Greg Pearce did not return calls at time of writing.

The governments are also yet to decide on how to sell domain names associated with the top-level spaces they are applying for.

Kinderis said they would likely benchmark pricing strategies currently used to sell .au domain names, which generate some royalties for the Australian Government.

The process is intended to recuperate all costs in applying for and operating the domain spaces.

Interest in the gTLD space has accelerated with the Australian Football League and iiNet last week signalling their intentions to explore and potentially apply for individual domain spaces.

ICANN has not indicated when it will open a second round of applications for further gTLD registrations.