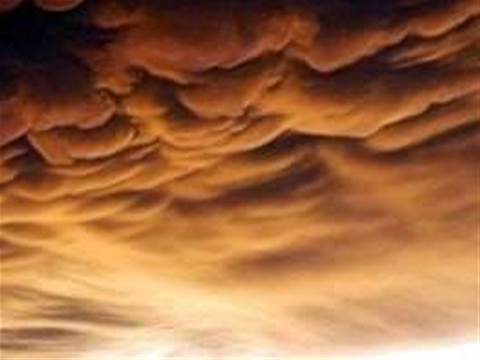 The “geographic business intelligence” (GBI) tool, based on IBM Cognos reporting and GeoSamba mapping software, was introduced in late 2010 after four years of development and discussions with users in NRMA’s claims department.

It tied together the business’ policy and claims data, satellite images, and data from the Bureau of Meteorology.

The BI software already provides a map interface, allowing staff to easily visualise the impact of natural disasters, but the insurance company is planning to integrate with Google Earth, so assessors could use Google’s “street view” function to plan their trips.

“As they all say, a picture is worth a thousand words, so if you see something on a map, it’s a lot easier to understand,” said Walt Hui of NRMA Insurance’s information delivery and data management team.

Though Google Earth is a “low-cost but fairly effective” solution, according to Hui, it was not initially included in the GBI tool because it was deemed insufficiently mature when the NRMA's BI tool was conceived in 2007.

The tool, rolled out in early 2011, proved effective when Cyclone Yasi hit Northern Queensland last February, allowing the insurer used the system to identify policy holders in locations that were most likely affected by the storms.

Assessors who visited properties to verify insurance claims also proactively visited any neighbouring NRMA policy holders to see if the company could be of assistance.

The insurer took one step further last Christmas, when thousands of buildings and vehicles were damaged by severe thunderstorms and hailstones in Melbourne.

“When unexpected events happen, nine times out of ten the policy holders initiate the claims process. That is the starting point; they contact the insurance company.

“We still get contacted by customers when they want to lodge claims but in the case of a major event, we have got the facility to help our staff reach out to customers who might not have time to report their claim to us.”

Addressing the Gartner Business Intelligence and Information Management Summit in Sydney this week, Hui said the NRMA had improved its ability to deal with unexpected, large numbers of claims.

Melbourne’s December 2011 storms generated 20,000 claims, he noted, with most customers adamant that their claims were of highest priority – whether it be aesthetic damage to a car, or major damage to the roof of a home.

Prior to the introduction of NRMA’s GBI tool, claims staff dealt with a range of paper-based and digital reports that were “quite often, disparate and disorganised”, Hui said.

The tool is now used heavily by 20 to 50 members of NRMA’s claims team.

Hui said minimal training was provided because most staff were already familiar with similar features in Google Maps.

“We did some research to identify key people and then over time, socialised the ideas with them," he said.

“We didn’t go and say, ‘hey, here’s a solution, go and use it now’. We said, ‘you may be interested – how about I knock something up and show you a bit later?’”

Hui said the GBI tool was a “very low-cost solution”, especially since he conducted much of his research outside of business hours.

He initially expected to achieve a return on investment within a year but, because of the number of natural disasters in Australia during early 2011, managed a return in “less than a couple of months”.

Even so, convincing the business of GBI’s benefits was a challenge.

“Actually I had this idea five years ago and initially, it was a bit of an uphill battle,” Hui said. “I was talking to the major event manager then and she didn’t show much of an interest.

“One of the key reasons why this has become useful and relevant is partly to do with timing. We [business intelligence staff] have always been doing background work on how to improve processes.

“In December [2010], there were a number of events hitting Queensland and we started talking about this capability with the claims guys.

“They said, ‘when can we have it?’ We had a reasonable idea based on our previous work, so we were able to quickly update the information and balance sheet.”

In addition to Google Earth integration, the business intelligence team also planned to develop the ability to model areas in three dimensions to shed light on the risk of natural disasters and severity of claims being lodged.

“Some people think that at the end of a project, that’s the end of it. But the way I see it, if you don’t receive requests to improve your deliverable, then the project is not very successful,” he said.

“How wonderful would it be if a policy holder is at home, distressed, and gets a call from NRMA Insurance asking, ‘are you okay? Is there something I can help you with?’ before the claim is even lodged.

“Receiving a call in a situation like this is a warm feeling, that someone actually understands and is there to help them at a time when they need us most.”