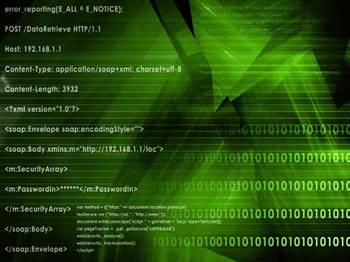 The first distributed denial-of-service (DDoS) attacks against the IPv6 infrastructure have been detected.

"While this is the first instance of reported IPv6 DDoS attacks, there are enough attacks (four per cent reported them) to make a response, and that will grow in the future," Darren Anstee, EMEA solutions architect at Arbor Networks said.

“This is a clear indication that while IPv6 deployments continue to advance, IPv6 is not yet economically or culturally significant enough to warrant serious attention by the Internet criminal underground.”

Anstee said these attacks were large but manageable, as they were easy to detect.

“The worry is the growth in application-layer attacks and those against government web services," he said.

"They are using other sophisticated attack vectors as a lot of apps run over port 80, and if an attack is against a web service then you will have problems."

Arbor claimed that large DDoS attacks were the "new normal"; during the survey period of October 2010 to November 2011, attacks in the Gbps range were detected.

“We are starting to see attacks go up again and we see more than one attack per month," Anstee said.

“With large attacks, the maximum size has fallen back. Last year there were 100GB attacks and now 60GB is more common.”

Arbor claimed that despite the decline in the size of attacks, network operators should not misconstrue this as a decrease in their severity – an attack in the tens of gigabits per second is more than sufficient to down a business.

Got a news tip for our journalists? Share it with us anonymously here.
Copyright © SC Magazine, US edition
Tags:
arborddosipv6security