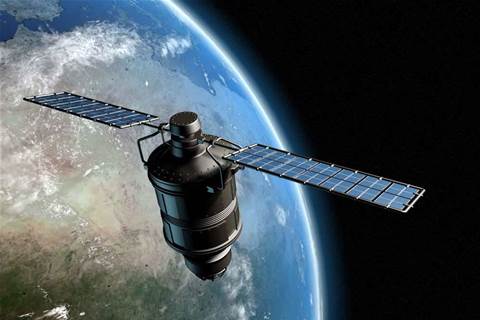 NBN Co has been forced to seek assurances from the US company contracted to manufacture its $620 million satellites after a patent suit was filed over elements of the designs.

ViaSat lodged a statement of claim with the US District Court in Southern California this month alleging Space Systems/Loral, which has been contracted to build the NBN satellites, breached confidentiality and infringed four "groundbreaking satellite communications technology" patents when it built a satellite for ViaSat's rival Hughes.

ViaSat and Hughes are believed to be front-runners in an NBN Co tender to provide ground systems for the NBN satellite service.

The SS/L1300 platform chosen for NBN's satellite was also used in building the Hughes Jupiter in 2009, which ViaSat alleged contained "groundbreaking satellite communications technology" it had given to Space Systems/Loral under confidentiality agreements during construction of the $200 million ViaSat-1 satellite in 2008.

An NBN Co spokeswoman said it sought assurances from Loral around the issue with the subsidiary's president John Celli telling the wholealer that "none of the intellectual property listed in the complaint is being used in the NBN Co system".

In the statement claim filed February 1 this year, ViaSat claimed Loral attempted to file three patents that contradicted four patents already filed by ViaSat, based on information provided to Loral under the confidentiality agreements.

"[Space Systems/Loral] took ViaSat's ideas as its own by not only attempting to patent those ideas but by also incorporating them into its satellite designs, including a satellite currently being built for one of ViaSat's key competitors," the company alleged.

According to a report from industry publication Space News, ViaSat told investors this week that the case would cost the company $US1 million per quarter to carry on and that it would seek to settle with Loral if possible.

The two satellites to be built by Space Systems/Loral for NBN Co will service 200,000 remote premises in Australia from 2015.

The system, like the ViaSat-1, uses Ka-band frequencies to significantly increase the amount of bandwidth throughput available on the satellite compared to older satellite technologies.

The NBN product is expected to provide a combined throughput of 90 Gbps over the two satellites to be launched.

But Viasat said its satellite had in excess of 100 Gbps throughput over one satellite, allowing it provide 12 Mbps downstream services to "in excess of one million customers".

The Loral contract is one of three tenders for the $2 billion NBN satellite project. The other two cover ground systems and satellite launch services.

"Preliminary work" on the ground systems, including negotiations with Hughes and ViaSat, have begun this week. A tender on the satellite launches will be released later this year.

Update: NBN Co has clarified it was aware of the patent litigation before signing the contract with Space Systems/Loral this week. The article was been updated to reflect this.