iPhone 4S and iPad 2 gets a jailbreak 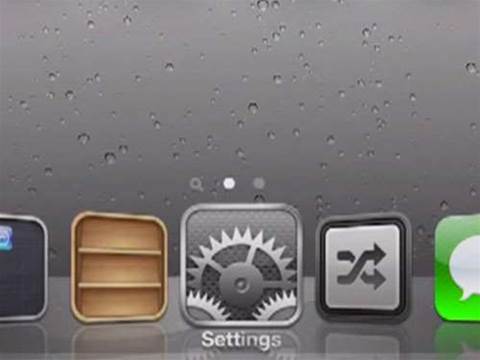 Hacking A5 no walk in the park.

The Chronic Dev team have released a long awaited untethered jailbreak for iPhone 4S and the iPad 2, nearly a year after Apple introduced the A5 processor underpinning the two devices.

The jailbreak, made possible by a newly released installer, Absinthe A5, means the device will not need to be connected to a desktop when it is booted after the jailbreak is applied. Devices must be running versions of iOS 5 or 5.0.1.

Jailbreakers will need to download, via a desktop, an installer located in a greenpois0n zip file, then attach iOS device and click on 'Jailbreak'.

After rebooting the iOS device, a 'Loader' icon installed during that process will download the Cydia app, which lets the user install non-Apple approved software, such as the apps on the Cydia alternative to Apple's App Store.

"Ten months ago, I myself was live tweeting from a tediously long line at the nearest Apple retail store, where I anxiously waited to become one of the world's first owners (& hackers) of newly-released iPad 2.

"At that point, I don’t know if any iOS hacker anticipated how much the A5 chip would completely change the game & up the stakes."

To accelerate its discovery of a separate exploit to jailbreak iOS 5, also run on A4 devices, the Chronic Dev Team late last year released its CDevReporter tool that diverts iOS crash reports from iTunes to its own servers instead of Apple's.

Hill tweeted last month that it received over 10 million crash reports in the week after releasing the tool, aiding the discovery of an exploit for both A4 and A5 devices.

The real pressure to deliver a jailbreak for A5 devices did not come until Apple released the iPhone 4S, last October.

"As a result, demand for an untethered A5 jailbreak grew exponentially overnight," wrote Hill.