Internode knocked back on Telstra-NBN documents 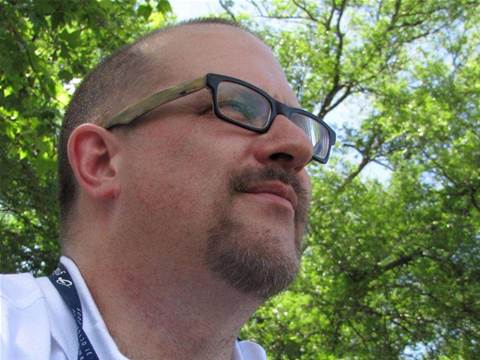 Internode managing director Simon Hackett has said he will "stop trying" to gain access to the $9 billion contracts between NBN Co and Telstra, after being knocked back on Freedom of Information requests for the second time this week.

Hackett's company had sought access to the documents since the billion dollar deal was first made, with its first application to NBN Co dated June 23 2011; the day the deal was announced.

That was knocked back a month later by NBN Co because the documents were commercially sensitive and confidential.

An appeal to Australian Freedom of Information Office in August was knocked back late today.

"NBN Co is subject to the FOI Act, but exempt from its operation in relation to documents received or brought into existence in the course of, or for the purposes of, the carrying on of its commercial activities," Dr Popple said in his findings.

The four documents included in the deal have become the centre of intense public scrutiny over recent months surrounding key clauses such as compensation for Telstra should the NBN fail to go ahead and "anti-disparagement" clauses preventing Telstra from marketing its wireless services as an NBN replacement.

Internode's first application to NBN Co for the documents came just 12 days after the government company became applicable to freedom of information legislation.

Since then, NBN Co has granted nine separate freedom of information requests.

But after attempts with NBN Co and the subsequent appeal, Hackett told iTnews he was going to "stop trying".

"At this point, it would require a decision from, say, a future federal government, to require their subsidiary to release the full contract information," he said.

In its appeal application, Internode argued the documents were not commercially sensitive but were "a political matter and of nation building importance, as opposed to a mere commercial agreement".

As the documents were "predominantly an exercise of political mandate", the company argued it should be granted access to them.

Though NBN Co and Telstra had released a substantive summary of the documents and subsequent detailed analysis for shareholder approval of the agreement last year, Hackett warned the publicly available information was likely "only the summary of the parts that NBNCo chose to reveal".

"It's hard to stop Telstra spending that $11 billion-plus on, say, the mother of all marketing and freebie-for-signups campaigns," he said. "Is there a control against them doing that in the contract? I don't know, I can't read it.

"Is there other stuff in there that represents a bending of the 'level playing field' in a manner that might really challenge the industry over the coming decade? Quite likely, but I don't know what it is, because I can't read it."

Though Dr Popple said Internode could be right in asserting the contracts were "an exercise of political mandate," the commercial activities exemption was reason enough to knock back the appeal.

"The contracts all RSPs [retail service providers] have with NBN Co are public," Hackett said.

"But this 'side deal' - whose financial magnitude dwarves the amounts that Internode will ever spend with the NBN Co - well, that remains confidential.

"I have the Donald Rumsfeld problem, both as a taxpayer and as an RSP: Unknown unknowns."