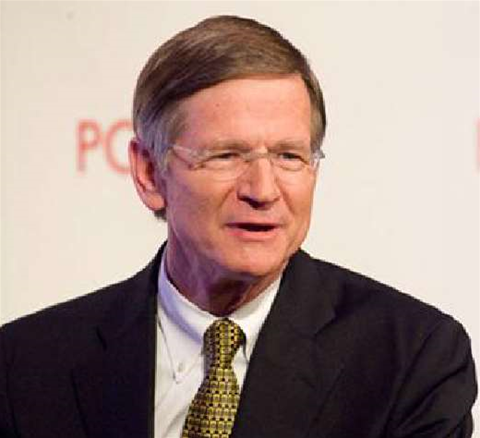 Public opposition to the bill and its accompanying Protect IP Act (PIPA) follows over 100,000 signatures petitioning the US President Barack Obama to veto the bills.

Since yesterday's blackout, at least 13 US Senators turned their backs on SOPA, mostly Republican, Ars Technica reported, bringing the tally of new opponents in the Senate over the past week to 26. Neither side holds a majority.

Wikipedia says the fight will continue, with the bill's key sponsor in the House of Representatives, Texan Republican Lamar Smith, vowing to reintroduce the bill after February, while the Senate sponsor, Democrat, Patrick Leahy, plans to hold a vote in January.

"This publicity stunt does a disservice to its users by promoting fear instead of facts," Smith said in a statement on Tuesday, Reuters reported.

"Perhaps during the blackout, Internet users can look elsewhere for an accurate definition of online piracy."

Following the White House's opposition to the bill's current wording, Lamar proposed to remove DNS blocking from the bill, but vowed to continue with financial provisions to cut off funds to allegedly copyright infringing operations.

Web hosts and engineers in Australia are mixed on how SOPA and PIPA - if passed - might impact them.

The persistence of financial measures in the bill is a concern to many Australian web-based businesses, network engineer Mark Newton told iTNews.

"Remedies in the Bill include ordering financial service companies to block credit card transactions for web hosting companies, and orders placed on web advertising firms to withhold advertising income," Newton said, comparing it to the financial blockade WikiLeaks suffered after Visa, MasterCard and PayPal cut services to the whistleblower organisation.

Payment network providers will be required to take "technically feasible and reasonable measures" within five days of a notification to prevent it from completing payments where US customers are involved in a transaction, the bill reads.

"So a non-US web hosting company like, say, WebCentral could find their DNS pulled, their credit card transactions blocked and their advertising revenue halted because one of their customers has run a website which has linked to an allegedly infringing movie, without putting the rightsholder to the trouble of actually proving the infringement," Newton said.

"I think it's regrettable the US legislative drafters have allowed themselves to be persuaded that these measures could have any impact on copyright infringement,"  he said.

"The unintended consequences far outweigh the benefits. Therefore those who understand the Internet have not only a right but a duty to inform Congress why these are bad laws. It seems likely that either by design or accident the Bills will have extra territorial effect.

"It jeopardises the continuity of globally accessed sites, threatens the integrity of the domain name system and creates a bad precedent for countries like Australia where there remains considerable pressure for similar laws to be passed.

"The times call for creative flexible, responses  to changing market conditions, not unimaginitive heavy handed responses to preserve a status quo that is increasingly irrelevant to the digital society we are becoming."

However, other web hosts in Australia speaking to iTnews played down the concerns.

Bulletproof Networks COO Lorenzo Modesto doubted his organisation would ever be impacted, whilst a spokesperson for Melbourne IT said it felt protected under Australian law due to the terms of service customers sign, which clearly give the service provider a right to take down sites when webmasters break the law.

The spokesperson said the company already complies with notice and takedown procedures under Australian law.