US regulator frets over gTLD expansion 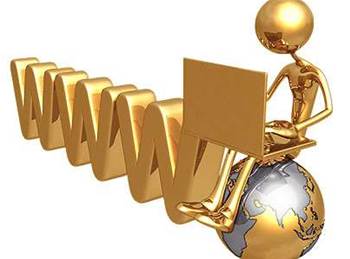 Fears 'lawless frontier' on the web.

The US Federal Trade Commission (FTC) has stepped into the ongoing debate around plans for a "rapid" expansion of generic top-level domains on the internet, claiming further web domains would only increase increase "risk of a lawless frontier".

In a letter [pdf] to the heads of global web registry ICANN last week, FTC officials raised concerns over a potential increase in fraud, typo-squatting, spam, malware and further degradation in the accuracy of the Whois database.

"ICANN’s contractual compliance office has encountered tremendous challenges trying to secure compliance under the current framework, and the unprecedented increase in domain registries only increases the risk of a lawless frontier in which bad actors violate contractual provisions with impunity, resulting in practices that ultimately harm consumers," the FTC warned.

The commission wants ICANN to run a pilot before proceeding with plans to create up to 1000 new gTLDs next year, noting it was "ill-equipped" to handle the current 22.

First applications for customised domains are set to begin on January 12, 2012.

Global companies including Canon have already indicated intentions on securing their own names as a new domain, allowing them to etablish websites such as info.canon.

The barriers to becoming a gTLD will be high, with application fees set at US$185,000.

But with a 2000 percent increase in the number of domains expected by 2013, the FTC suggested the plan would ultimately overwhelm ICANN's contractual compliance team.

Further, ICANN had allegedly failed to implement some of the law enforcement measures recommended by the FBI and the UK's Serious Organised Crime Agency.

However the Department of Commerce, which represents the US government at GAC, defended ICANN's progress on law enforcement measures at a senate hearing last week.

"The fact that not all of the [ICANN government advisory committee's] proposals were adopted as originally offered does not represent a failure of the process or a setback to governments; rather, it reflects the reality of a multi-stakeholder model," said Fiona Alexander, associated administrator of the National Telecommunications and Information Administration (NTIA).

ICANN's senior vice president Kurt Puritz, who also spoke at the hearing, said the body had implemented those recommendations "wherever possible, as soon as possible", and labelled many of the criticisms it faced as "dated" and part of a "PR offensive".

Assistant secretary of NTIA Lawrence Strickling said objections to expansion of gTLDs were driven by parties that did not like the outcome of the multi-stakeholder consultation process undertaken by ICANN in preparation for the domain launch.