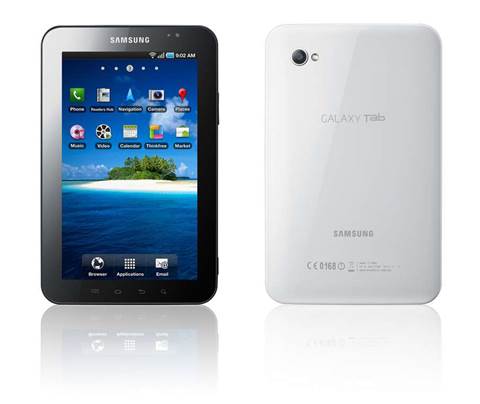 The tablet, allowed for sale in Australia for the first time last Friday, was met with fanfare by the South Korean manufacturer as well as major retailers and mobile carriers.

The company's vice president of telecommunications Tyler McGee told iTnews last week that the company expected to sell out of any tablets shipped to the country ahead of Christmas sales.

Elsewhere, McGee said its litigation with Apple had made the tablet a "household name".

While the Galaxy Tab's launch would likely spur some market growth, the firm said total sales of Android sales would likely remain below 100,000 shipments, or close to 20 percent share of the Australian and New Zealand tablet market.

Samsung has been free to sell its device unencumbered in New Zealand.

IDC's forecast comes as statistics revealed Apple's ongoing patent battle against Samsung over the tablet, and an expansive channel program, appeared to dampen sales of Android tablets in the third quarter of 2011.

Android sales growth slowed in Australia during the period by 37 percent over the prior quarter.

However, Android sales grew by more than 60 percent during the same period across the ditch in New Zealand.

Of the 434,000 tablets shipped to both countries during the July to September timeframe, approximately 16.5 percent were Android-based.

IDC analyst Yee-Kuan Lau said Apple would continue to dominate the tablet market thanks to an expanding channel strategy.

“Apple continues to grow in ANZ with additional retail stores followed by a channel expansion: selling through Australian telco operators for the first time and appointing Ingram Micro as a second distributor in New Zealand,” Lau said.

“Consumers now have more device choices such as Ultrabooks, although the impact of this form factor on media tablets remains minimal at this stage.

"IDC expects the media tablet momentum will pick up a notch when Android 4.0 tablets are launched and also in the long-run when LTE-capable devices hit the market, which will result in more media tablet sales through telco operators.”