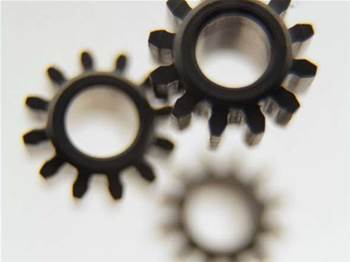 The question has to be asked, however: has AGIMO become the driving force it was intended to grow into when under the Government’s former strong man, Lindsay Tanner?

Under Gray, AGIMO has worked productively, if not always as dynamically as industry insiders had hoped.

Back in June, Gray’s office informed iTnews the Government was "still considering" the findings of Dr Ian Reinecke's report into how IT is managed within the Australian Government "and will respond to his report following a careful consideration of the recommendations and an opportunity to consult with various stakeholders".

Six months later (this week), the minister’s office have the current state of play:

“The Government is still considering Dr Reinecke's report and will respond in due course".

So now you know.

The watered down Whole of Government ICT Services Panel, the Government's tentative approach to Cloud and glacial approach to finalising its vision statement suggest we need to lower our expectations that AGIMO will either drive innovation in Government or inspire a vision.

Instead, Finance Minister Penny Wong came asking for four percent efficiency dividends (aka cuts to expenditure) in 2012-13, which will slow down many IT initiatives - especially with the additional 20 percent cut to capital expenditure announced in the mini-budget.

''Agencies won't be able to replace IT and photocopiers and such and pretty soon the public service will be working with some very outdated equipment,'' says Sapere Research Group director, Professor Stephen Bartos.

In 2012, AGIMO’s focus will move to agencies that most require its services - those with IT spends under $2 million with relatively small IT dedicated staff.

The larger agencies such as Defence, Tax, DHS will continue to establish their own IT agendas.

Defence for example, has its own department-wide Shared Services arrangements to put in place.

Ovum’s public sector analyst, Kevin Noonan, said 2012 will be a “bread and dripping” year for agencies and their suppliers.

He believes IT innovation will be led by state governments in 2012.

He cites the example of South Australia’s Ezi Reg, which abolished most car registration stickers from car windows from 1 July this year.

“Instead of a top-down approach and thinking about what an app or website portal will offer the latest approach, [governments should] focus on specific outcomes with users”, Noonan said.

Noonan’s “big fear for 2012”  was that the Government could be sliding back to a boom-and-bust cycle all over again.

“We seem to have moved from Gershon and back to cuts again,” he said.

This external and unanticipated new fiscal constraint will only discourage many agencies from thinking about IT planning.

“There seems less time for it now in this budget reduction climate,” he said.

How did you rate the performance of AGIMO and the various state shared services agencies this year?