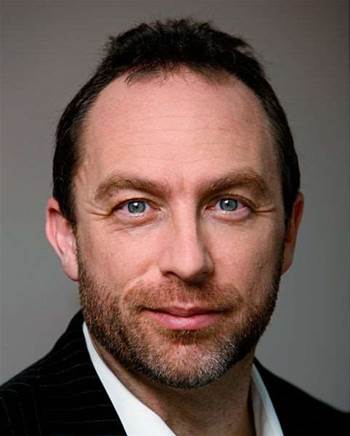 Wikipedia founder Jimmy Wales has threatened a knowledge “blackout” of the online encyclopedia to protest a US anti-piracy bill that could have serious ramifications for online service providers.

The bill is due for debate on Thursday in the US

Political opponents of the bill [pdf] have raised concerns it will lead to "an explosion of innovation-killing lawsuits and litigation” in the online world, while industry opponents – including Google, Facebook, Mozilla, Twitter, LinkedIn and the Electronic Frontiers Foundation, fear the bill would deny them safe harbor, and have an adverse affect on both free speech and the open source community.

Those previously in support of the bill - such as Microsoft and copyright enforcement group the Business Software Alliance - have since voiced similar concerns.

Wikipedia's Wales canvassed plans with editors of the encyclopedia this week for a ‘blackout’ on the site in protest against the bill.

He pointed to a similar move by the Italian-language version of the Wikipedia, which succeeded in opposing a bill before the country's Parliament that would impose on the encyclopedia's editorial independence.

A ‘blackout’ would involve, as one editor suggested, serving Wikipedia users with a blank page after their search query, telling the reader that “this might be what Wikipedia would look like if Congress passes the Stop Online Piracy Act”, offering the reader a choice of whether they wanted to read about efforts to fight the bill or continue with the search they had attempted to execute.

Wikipedia would use cookies to ensure the user only sees the blackout message once.

Most editors polled on the blackout idea approved, but some expressed reservations as to whether it was the role of an encyclopaedia to get involved politically.

Wales and his team of volunteers are yet to decide on their precise strategy. But Wales has hired a Washington-based legal firm, Dow Lohnes, to advise the organisation and committed to launching “a strong public opposition to SOPA".

Wales said Wikipedia would support “all efforts to strike down any version of this legislation that attacks the Internet so directly".

He is set to meet with President Barack Obama’s advisors in the White House this week.